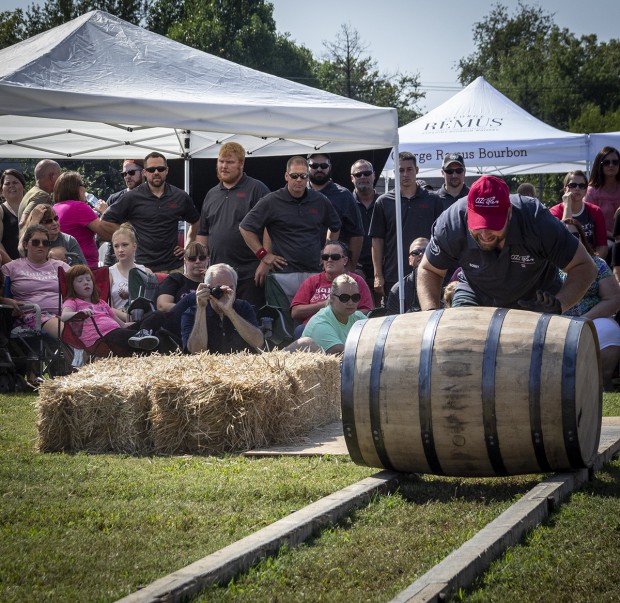 June 9, 2020 – The Covid-19 pandemic has forced postponements and cancellations of whisky festivals around the world, and now, the Kentucky Bourbon Festival in Bardstown has become the latest to announce a change in plans. The non-profit organization that puts on the festival announced today that this year’s festival will be postponed by one month from its original September 16-20 dates to the weekend of October 15-18.

“This is less about the future of Covid in three or four months than it is the impact of what Covid prevented us from doing the last 30 to 60 days,” Bourbon Festival president Randy Prasse told WhiskyCast in a telephone interview. “When mid-March hit, most of the distilleries just ground to a halt with any of their public promotions,” he said.

That left the festival team unable to work with distilleries on planning events for this autumn, and the final schedule for the postponed festival will likely not be released until mid-July. “They all basically said, look, if you’re coming to us right now for a decision on will you be involved in September or will you be involved in October, the overwhelming consensus was just that October makes everyone feel a little bit more comfortable with moving forward with this kind of a thing,” Prasse said. 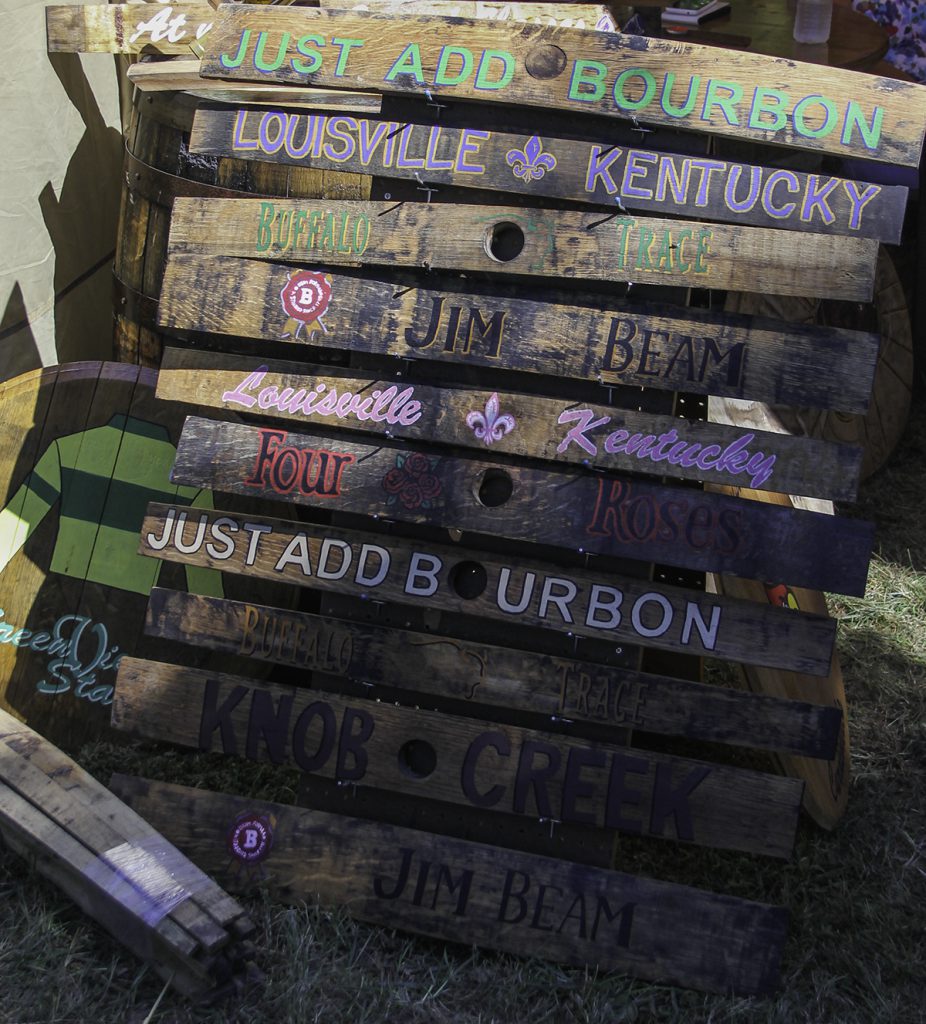 Hand-painted barrel staves on sale at the Kentucky Bourbon Festival’s craft fair and showcase on the lawn at Spalding Hall.

Kentucky Distillers Association president Eric Gregory praised the decision in a statement emailed to WhiskyCast. “The KDA has a long partnership with the Kentucky Bourbon Festival and we fully support their decision to delay this year’s event in light of the COVID-19 pandemic,” he said.

Many of the association’s member distilleries usually present events during the festival, either at locations in Bardstown or at their distilleries. However, the industry’s participation in the rescheduled festival remains in flux right now. The KDA announced Friday that its annual Kentucky Bourbon Hall of Fame induction ceremony held during the festival is being cancelled this year because of the pandemic. Most of the Kentucky Bourbon Trail member distilleries remain completely closed to visitors while state officials review the KDA’s reopening proposal for tours and tastings, though a handful have reopened their gift shops for curbside pickups.

Sazerac’s Buffalo Trace and Barton 1792 distilleries participate in the Bourbon Festival, but are not members of the KDA or the Bourbon Trail, also endorsed the decision, noting in a statement that “the health and safety of attendees is of the upmost importance”

Prasse acknowledges that while public health experts are projecting a second wave of coronavirus cases this fall at the same time the usual flu season begins, the new dates for the festival fall still fall within a window of opportunity that should allow for outdoor events. The revised schedule will focus on events around the lawn at Spalding Hall in Bardstown, with a new “Bourbon in the Air” opening event to replace the traditional All-Star Bourbon Sampler held indoors at the Guthrie Opportunity Center.

“We wanted to do everything we could to make sure we had room for people to recover and feel comfortable about being out in an open-air festival situation, but also not push it back to the point where we inadvertently back into a potential second wave or at least fears over a second wave,” he said.


The 2020 festival will be the 29th annual event, and is the single largest event of the year for many Bardstown-area businesses with as many as 50,000 people attending festival events from around the world. Prasse expects a smaller crowd this year with fewer international visitors because of pandemic-related travel restrictions, and spent the 24 hours leading up to the announcement giving local hotels advance notice of the change in plans.

Two new hotels have opened in Bardstown since last September’s festival, providing more rooms to handle the influx of visitors, while many attendees book their rooms for the next event as they check out at the end of each year’s festival. However, many of the local hotels may not be able to easily switch guests to the October weekend because of pre-existing reservations already in place for that weekend.

As of now, the switch to October is expected to be a one-time occurrence. However, Prasse did not rule out making the change permanent if participating distillers see the need to avoid conflicts with other major Bourbon events in the area during September. While the KDA’s Kentucky Bourbon Affair has already been cancelled along with the Bourbon & Beyond and Hometown Rising music festivals in Louisville, the combination of four major events over a three-week period had been expected to put a significant stress on distillery staffs during the period. Prasse says the needs of the distillers will largely make that decision, since the festival wouldn’t be the same without them.

“It’s like trying to put on all the festivities of the Kentucky Derby without the 20 horses in the starting gate. We could still do it, we could still have a lot of fun and it could be all festive and dressed up, but it’s not going to be the same if you don’t have those 20 horses running on the track.”