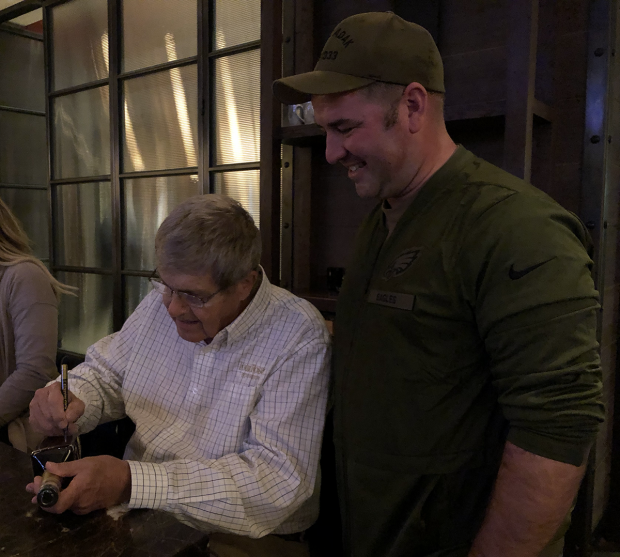 Kentucky’s Four Roses Bourbon is marking its 130th anniversary this year, and while Al Young hasn’t been there the whole time…he comes closer than just about anyone else. Last year, he celebrated his 50th anniversary with Four Roses dating well back to the brand’s days under Seagram’s ownership, and he’s one of only three people to have a Four Roses bottling named for him. In fact, Four Roses fan Ryan MacLaughlin surprised Al Wednesday night at an event in Philadelphia by bringing two bottles of that 50th anniversary bottling – one for Al to sign, and the other for them to share a glass. We’ll talk with Al Young about his five-plus decades in the Bourbon business on WhiskyCast In-Depth. In the news, the Brexit battle has politicians and distillers looking at the prospect of Great Britain leaving the European Union in a “no deal” departure. We’ll also have more details on the $174 million Irish Distillers expansion at Midleton, along with the arrival of this year’s Northern Border Collection special Canadian whiskies and a new series of J.P. Wiser’s whiskies designed to go with ice…ice hockey, that is!