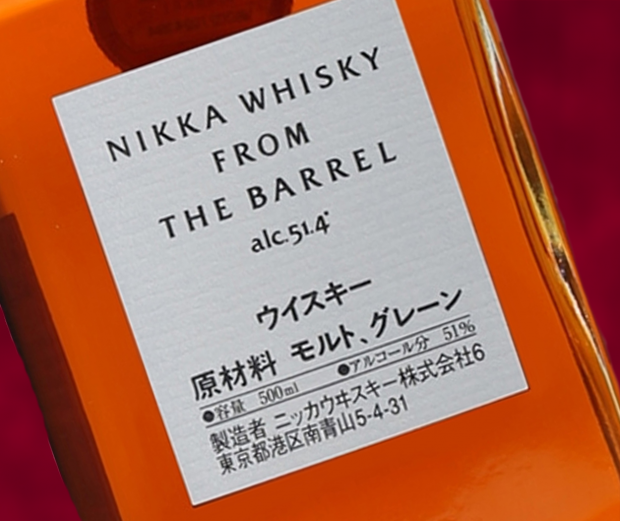 February 16, 2021 – It’s been an open secret among whisky connoisseurs for years that not all whiskies labeled as “Japanese Whisky” are actually of 100% Japanese origin. The country has no legal standards that define “Japanese Whisky” in the same way that Scottish law defines Scotch Whisky and United States laws define Bourbon. That has allowed Japanese spirits companies to import whisky from Scotland, Canada, and other countries for blending — either with a small amount of whisky distilled domestically or not — and have the final product legally be called a “Japanese Whisky.”

Now, the Japan Spirits & Liqueurs Makers Association has stepped in to establish a basic standard for “Japanese Whisky,” while not blaming previous generations of their predecessors. In an announcement on the group’s web site, they cited the common practice in Scotland of trading whiskies between distilleries for blending purposes as the original justification for the practice in Japan.

“Japanese whisky makers had to be self-sufficient by developing techniques to create various kind of whiskies at their own distilleries, by acquiring distilleries abroad, or by making use of imported whisky to skillfully blend and to create a product fit for the Japanese market. It goes without saying that these developments are part of the history, tradition, and culture of Japanese whisky-making. The products created through this process has enriched the Japanese drinking culture and is currently supported by many people around the world. We, the members of the Japan Spirits & Liqueurs Makers Association, take pride in that fact and are grateful for the efforts of our predecessors.”

The new standards take effect on April 1, and will require any whisky labeled as “Japanese Whisky” to be mashed, fermented, distilled, matured, and bottled in Japan.. However, existing products will be allowed to remain on the market until March 31, 2024. The standards echo those of Scotland in requiring the use of malted or unmalted cereal grains exclusively, along with a minimum of three years maturation time in wooden casks no larger than 700 liters and a minimum bottling strength of 40% ABV. However, the standard appears to allow the use of wood species other than oak for maturation, and also allows for the use of “plain caramel coloring” while not requiring disclosure on the label.

While the standards are based on self-regulation within the industry and have no legal standing in Japanese law, the association’s members include most of the major whisky producers within Japan, including Suntory and Nikka. Both companies will be affected by the new standards, with Suntory confirming in an email that four of its domestic whiskies do not conform to the requirements. Suntory’s White, Red, and Torys whiskies use imported whisky in the blends. While the domestic version of Kaku-bin is made from 100% Japanese whisky, some of that whisky does not meet the three-year maturation requirement. However, Kaku-bin produced for export sales does conform to the new standards, along with all of the Yamazaki, Hakushu, Hibiki, Chita and Toki whiskies sold worldwide. Suntory AO has always been labeled as a “world whisky” because it is blended from whiskies distilled in Japan, the United States, Scotland, Canada, and Ireland. 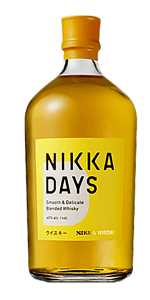 Nikka Days is one of the whiskies that will not comply with the new standards for “Japanese whisky.”

Nikka has already updated its web site to note which of its whiskies do not comply with the new standard, including Nikka Whisky from the Barrel, Nikka Days, Super Nikka, and The Nikka blended whiskies. In a statement on the web site, Nikka executives indicated that they will continue to offer a wide variety of whiskies with unique taste profiles, noting that “we feel this is an important step towards ensuring customers clarity so as that they can reasonably decide which products to buy and information will be updated if the status changes.”

The move is also expected to lead to changes on the retail front. Dekantā, one of the leading online retailers specializing in Japanese whiskies, is praising the new standards. Founder Makiyo Masa told WhiskyCast that she felt offended when traveling in the past and saw bottles with “Japanese Whisky” on the label that she had never heard of in Japan. “If you try to reach out to the producer or go to Google, you could hardly find any information about whether that is a Japanese Whisky,” she said, suggesting that some whiskies sold around the world as “Japanese Whisky” might not have even been bottled in Japan.

Masa saw the new standards as inevitable given the growth of global interest in Japan’s whiskies. Dekantā plans to re-categorize whiskies that can be confirmed as a blend of both Japanese and imported whiskies as “world blends,” while whiskies originating in Japan that cannot be proven to meet the new standards will be designated as of “unconfirmed origin.”

For more on the story behind the practice, listen to our April 2020 interview with Japan-based whisky blogger Liam McNulty in Episode 815 of WhiskyCast.

Editor’s note: This story has been updated to include additional information on Suntory’s whiskies that do not comply with the standards, along with comments from Dekantā founder Makiyo Masa.