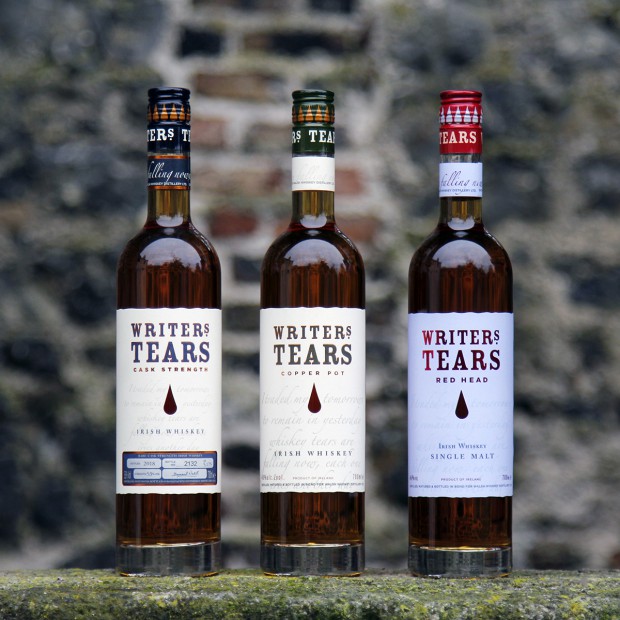 December 4, 2020 – Irish Whiskey makers have had a decade to remember. The years between 2010 and 2019 saw arguably the biggest growth for Irish Whiskey in more than a century, with global sales rising 140 percent over the decade from just under five million cases in 2010 to 12 million cases last year, according to a new report today from Drinks Ireland/Irish Whiskey Association.

The 2019 results helped the industry meet a goal set back in 2015 of reaching 12 million cases (equal to 144 million bottles) by 2020 and reflect an annual growth rate of 9.1%, continuing the segment’s trend as the fastest-growing category in the spirits business. The data reflect sales of whiskies from both the Republic of Ireland and Northern Ireland, with the number of distilleries growing from just four in 2010 to 38 operating distilleries as of today.

“The past decade has been referred to as a period of revival and renaissance for Irish Whiskey, but for me, I think it should be referred to as a period of restoration as Irish Whiskey has retaken its place once again as one of the island of Ireland’s leading industries,” Irish Whiskey Association chairman David Stapleton said during a news briefing to release the report’s findings. While the report does not yet reflect the economic impact of the Covid-19 pandemic on this year’s sales, the Connacht Whiskey Company founder told reporters the industry’s proven resilience will lead to a recovery in 2021 and continued growth in the next decade.

The report’s release came as many parts of the Republic of Ireland’s economy have started to reopen following the latest three-week long lockdown to keep coronavirus infection rates under control. Northern Ireland is scheduled to follow suit next Friday, though strict public health restrictions will remain in effect during the holidays.

“I know the challenges have been great in 2020,” Irish Finance Minister Paschal Donohoe TD said during the briefing. “I really believe 2021 is going to be so much different, so much better. It’s a really special day, a really important day today as we see many parts of the hospitality sector reopen, and it’s really important that that goes well from both a health and an economic point of view,” Donohoe said.

The report highlights approximately €1.55 billion ($1.8 billion USD) in capital investments for the industry during the decade, mostly in construction of new distilleries and visitors centers. “We knew that we were going to put a lot of work behind it…we knew there was going to be a lot of money spent in the Irish Whiskey market, we knew that there was a lot of people, entrepreneurs, going to build distilleries,” Dublin Liberties Distillery master distiller Darryl McNally said during the WhiskyCast #HappyHour webcast Friday night. “We were doing a quick calculation on even, how much liquid you’d have to lay down in order to have that, bottling capacity, and all those good things, but as the years went past, you sort of went, ‘OK, we’re on target here,’ so you sort of then believed in it and we hit the 12 million sooner than we expected even…that was great,” McNally said.

The growth in Irish Whiskey sales globally over the past decade came as a natural outgrowth of the boom in Bourbon sales in the years leading up to 2010, according to Walsh Whiskey Company founder Bernard Walsh. His company was one of the few independent Irish Whiskey producers at the start of the decade with The Irishman and Writers’ Tears whiskies.

“The Bourbon boom and the interest in all things Bourbon…that was migrating to Irish and the experimentation in Irish,” Walsh said in a WhiskyCast interview following the publication of the report. “From 2010 on, we started to see an interest…’oh, tell me more about Irish…what do you mean there are three different styles of Irish Whiskey…’ so this was all new and exciting, Walsh said.

Walsh projects global Irish Whiskey sales could reach 20 million cases by 2030 and will challenge Scotch Whisky’s longtime dominance in the United States, which is the largest single market worldwide for Irish Whiskey. “In the next five years, we will surpass Scotch Whisky sales in the U.S. — we’ve already surpassed single malt Scotch sales in the U.S., and that will be a milestone, and we’re gonna mark that,” he said with a laugh.

Editor’s note: Walsh Whiskey Company is a sponsor of the WhiskyCast podcast.