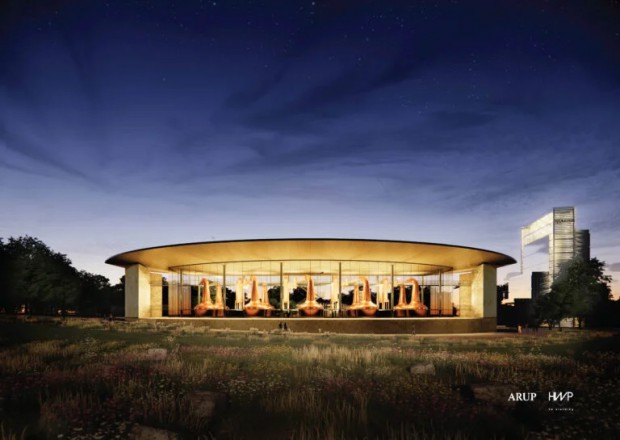 September 15, 2022 – Irish Distillers plans to expand Ireland’s largest distillery once again to meet growing global demand for Irish Whiskey. The €250 million project will see an all-new distillery built on a 55-acre site just across the Dungourney River from the existing Midleton distillery, which opened in 1975 to replace the original Midleton Distillery.

The new distillery will produce both grain and single pot still whiskey for use in Jameson and the company’s other whiskies, including Redbreast, Power’s, and Midleton Very Rare. Assuming timely approval from Cork county regulators, construction could begin early next year and be completed by 2025 in time for Midleton’s 200th anniversary.

The new distillery will be designed to be carbon-neutral from day one of production, according to O’Gorman. The Pernod Ricard unit is already investing €50 million to make the existing distillery carbon-neutral with new boilers, heat recompression technology, and an anaerobic digestion system for distillery waste products that will produce biogas to fuel both distilleries. Work on that project is expected to be completed by 2025 as well.

5 months ago No Comments