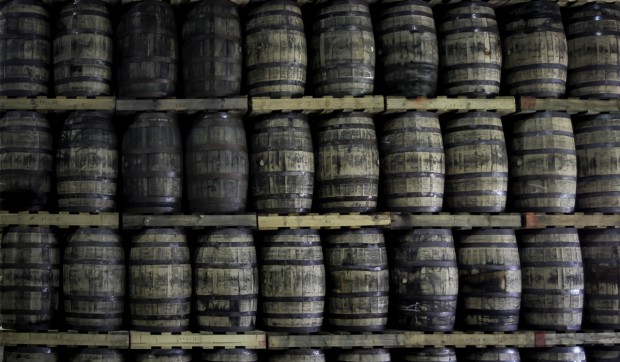 March 15, 2018 – As funeral services are being held today for Dominic Hughes, the Irish Distillers warehouseman killed Monday in an accident at the company’s Dungourney maturation complex, the investigation into that accident continues. An Gardaí Síochána (Ireland’s national police) and the Health & Safety Authority are trying to find out what caused the accident involving a forklift. Specific details on the accident have not been released because of the investigation, but according to the Irish Examiner, Hughes suffered “crush-like” injuries and died at the scene. He leaves behind a wife and stepson, according to media reports.

Unlike the traditional “dunnage” style maturation warehouses used by many distillers, Irish Distillers uses a palletized system at Midleton Distillery in which six empty barrels are placed onto a pallet and then filled with new make spirit through specially drilled bungholes in the head before being placed in a warehouse. Until four years ago, the entire inventory was stored on-site at Midleton, but the demand for warehousing space led to the opening of the nearby Dungourney complex. Pallets destined for maturation at Dungourney are loaded onto a truck and driven the nine kilometers (5.6 miles) to the warehouses, where the six-barrel pallets are stacked on top of each other for their entire maturation period. 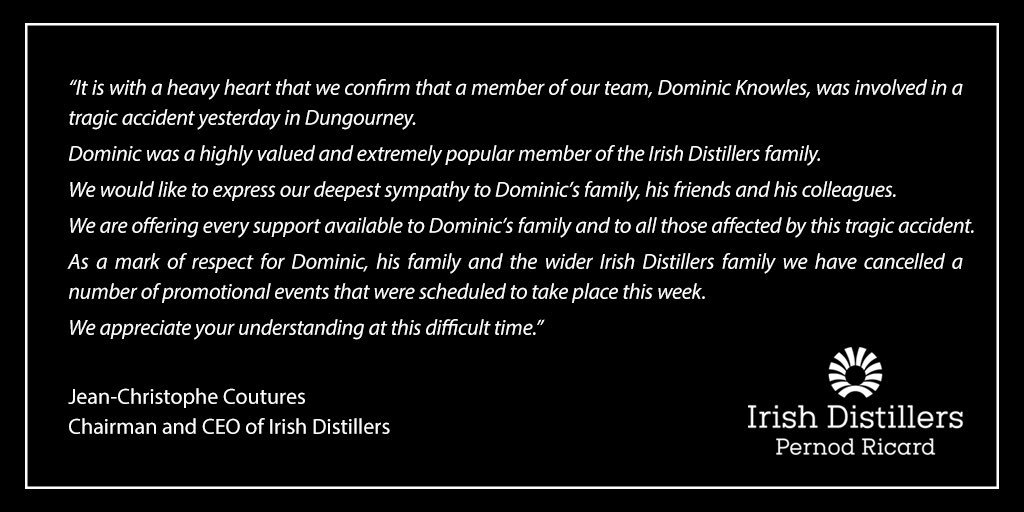 The cancellations included an event scheduled for tonight in Dublin to unveil a new Jameson expression, along with other special events around the country leading up to St. Patrick’s Day on Saturday. Both the Jameson Distillery Bow Street in Dublin and the Jameson Experience at Old Midleton Distillery remain open for visitors.

Irish Distillers is Ireland’s largest distiller, and most widely known for its flagship Jameson Irish Whiskey along with the Powers, Redbreast, and Midleton brands. The company was founded in 1966 when the Jameson, Power, and Murphy families merged their distilling businesses in an attempt to save the struggling Irish Whiskey industry. In 1975, Irish Distillers moved all of its production to the newly-constructed Midleton Distillery in County Cork adjacent to the Murphy family’s Old Midleton Distillery, while closing the old Jameson and Power’s distilleries in Dublin. Pernod Ricard acquired the company in 1988.