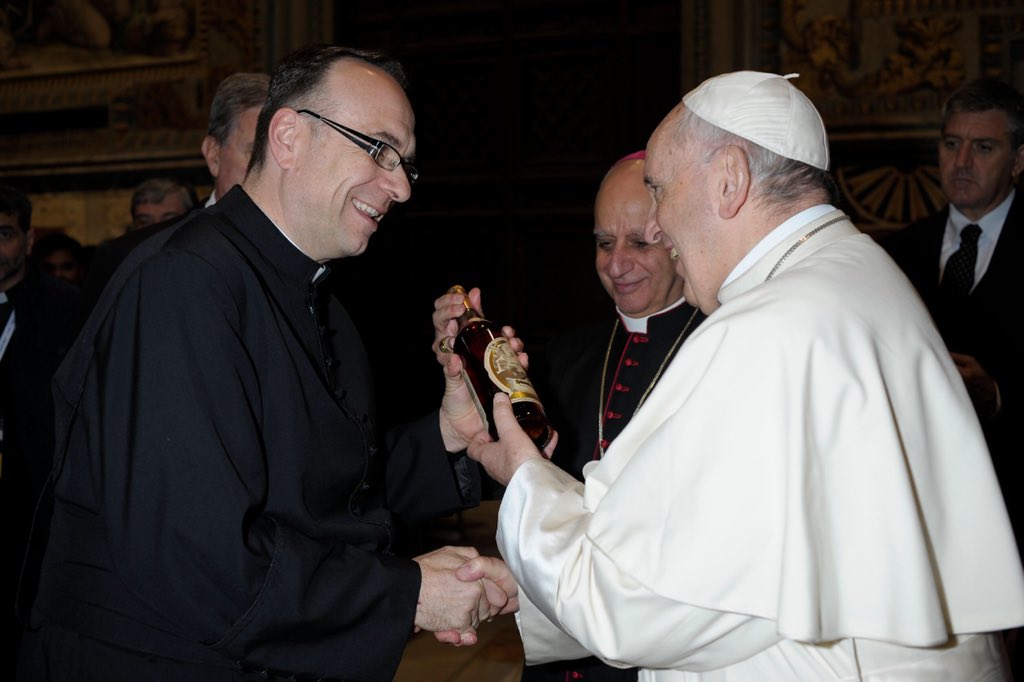 The Bible says “The Lord works in mysterious ways.” As proof, we have the story this week of Father Jim Sichko, a Kentucky-based Catholic priest heading to Rome for an audience at the Vatican with Pope Francis. He admits to not knowing much about Bourbon, but whether you want to call it providence or luck, he was able to get his hands on some of the much-sought-after Pappy Van Winkle Bourbon for the Pope, along with enough whiskey to start a new collection at the Vatican. He’ll share his story with us on WhiskyCast In-Depth, and we’ll also preview the upcoming Spirit of Speyside Festival.

In the news, the world’s largest brewer is dipping its toes into the Scotch Whisky business, while construction will begin next month on Edinburgh’s first malt whisky distillery in 90 years and Canada’s Supreme Court has dealt a legal setback to whisky lovers,. We’re also kicking off a new segment this week, as “Behind the Label” looks at things you may have wondered about when it comes to learning more about whisky.