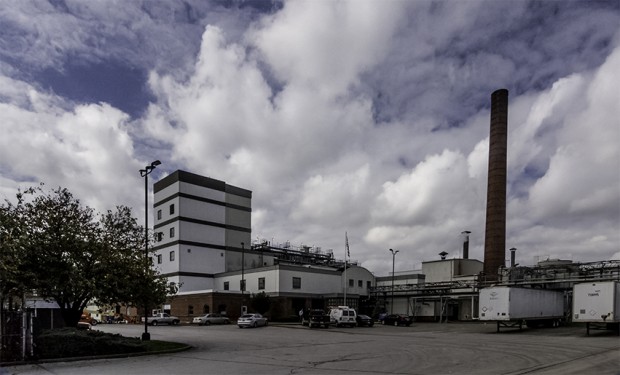 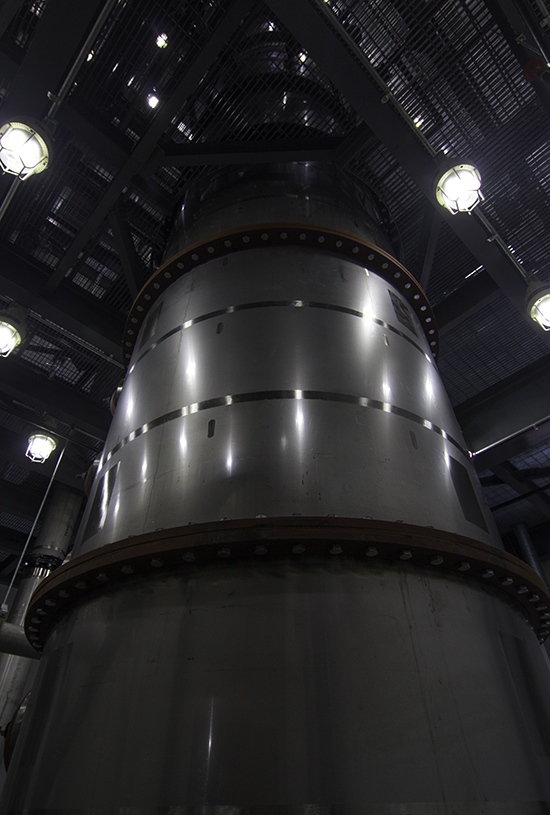 October 18, 2017 – The largest Bourbon distillery in Kentucky isn’t located on a hillside surrounded by farms or pastures with grazing Thoroughbreds. As of this week, it’s at the corner of 17th and Breckenridge on Louisville’s west side. Heaven Hill Brands has completed a $25 million dollar expansion of the Bernheim Distillery, giving it an annual production capacity of around 26.5 million proof gallons of spirit – enough to fill 400,000 barrels of whiskey per year. The expansion includes a new 66-inch column still and thumper (a small pot still used to redistill spirit coming off the column still), along with four additional fermenters, a new boiler, and upgrades to the distillery’s grain handling and cooling systems.

“Even with this expansion coming on line, the plan is to continue running 24 hours a day, 7 days a week, ” Heaven Hill Master Distiller Denny Potter said during a recent telephone interview. “There’s a daggone good chance that as we wrap this expansion up, we’re already looking at our next expansion,” he said, citing the global demand for Bourbon that shows no sign of slowing down in the short-term future. “It’s a good problem to have,” he laughed.

This is the third expansion at Bernheim since Heaven Hill acquired the distillery in 1999 from United Distillers following the 1996 fire that destroyed Heaven Hill’s own distillery in Bardstown, Kentucky. Bernheim produces all of Heaven Hill’s Bourbon and Rye whiskies, including the Evan Williams, Elijah Craig, Henry McKenna, Rittenhouse, and Pikesvile brands. Spirit from the distillery is taken by tanker trucks to Heaven Hill’s campus in Bardstown for barreling, with maturation in 54 warehouses located around Nelson and Jefferson counties. The company is scheduled to open another new warehouse in the next several weeks, and has more than 1.3 million barrels of whiskey maturing in those warehouses.

As part of a ceremony dedicating the new expansion, Heaven Hill donated $10,000 to Dare to Care, a local non-profit agency working to fight hunger issues in the West Louisville area. The donation will support a mobile pantry unit and six freezers to be supplied to Dare to Care’s partner agencies for storing fresh food and produce.