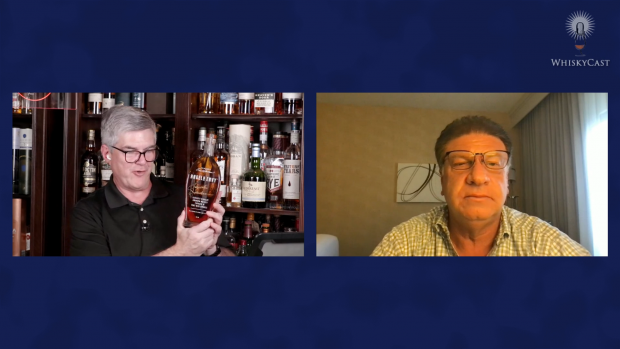 The reaction to last week’s bonus episode with Stephanie Macleod of Dewar’s was so positive that we’re doing it again this week! Wes Henderson of Angel’s Envy joined us Friday night for the #HappyHourLive webcast, and we talked about everything from the construction underway at the distillery in Louisville to lab-created whiskies and what defines a “master distiller.” That’s something Wes knows well, since he co-founded Angel’s Envy with his father, the late master distiller and original Kentucky Bourbon Hall of Fame inductee Lincoln Henderson. Wes joined his father in the Hall of Fame two years ago, and answered many of your whisky questions during the webcast, too!