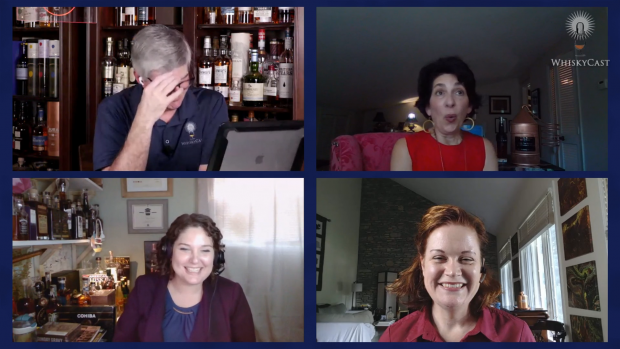 Bourbon Women is one of the largest groups around for women who love whiskey, and is celebrating its 10th anniversary this week with its annual SIPosium conference in Louisville, Kentucky. Founder and Kentucky Bourbon Hall of Fame member Peggy Noe Stevens joined us on the #HappyHourLive webcast last Friday night, along with chair Heather Wibbels and president Maggie Kimberl. Heather’s a cocktail expert in her own right at the Cocktail Contessa web site, while Maggie is also the content editor for American Whiskey magazine and a contributor to Whisky Magazine. Collectively, they’ve probably forgotten more about whiskey than most people know, but that doesn’t mean they still don’t face what you’ll come to know as “correctile dysfunction” after listening to this conversation.