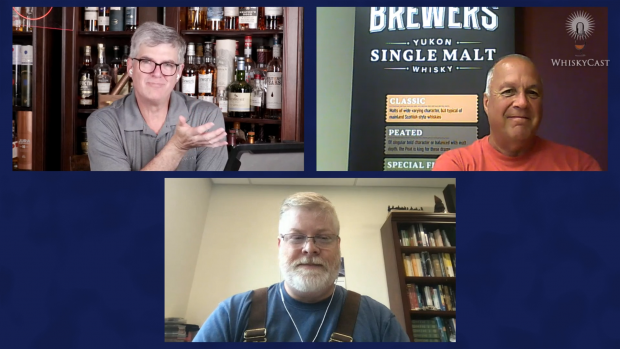 Bob Baxter distills the award-winning Two Brewers Canadian single malts with co-founder Alan Hansen at their Yukon Spirits distillery in Whitehorse, Yukon, and Todd Leopold makes equally renowned whiskies with his brother Scott at Denver’s Leopold Bros. Distilling. Bob and Todd joined us on the latest #HappyHourLive webcast to talk about their whiskies, along with the unique three-chamber still now being used at Leopold Bros. We also talked a bit of hockey, shared heritage in the Detroit area, and much more on the webcast, too!