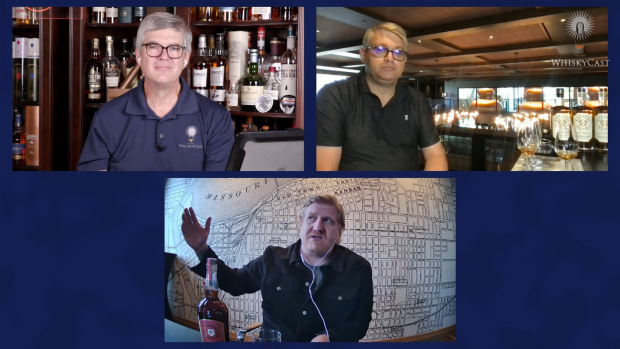 Brian Nation is best known for his work as Master Distiller at Ireland’s Midleton Distillery, and he shocked Irish whiskey lovers when he stepped down nearly a year ago to join the startup O’Shaughnessy Distilling Co. in Minneapolis, Minnesota. Covid kept him from making the move with his family until a couple of weeks ago, so he did much of his work remotely from Ireland with occasional trips to Minnesota. Now, the distillery is complete along with Brian’s first batch of Keeper’s Heart Irish + American Whiskey, a blend of Irish Single Pot Still and grain whiskies with American Rye whiskey. He joined us from the distillery for our #HappyHourLive webcast the other night, along with J. Rieger & Co. co-founder Ryan Maybee. The Kansas City distillery is releasing its first Bottled in Bond Rye Whiskey this week, and it’s the first whiskey legally distilled in Kansas City since the end of Prohibition.