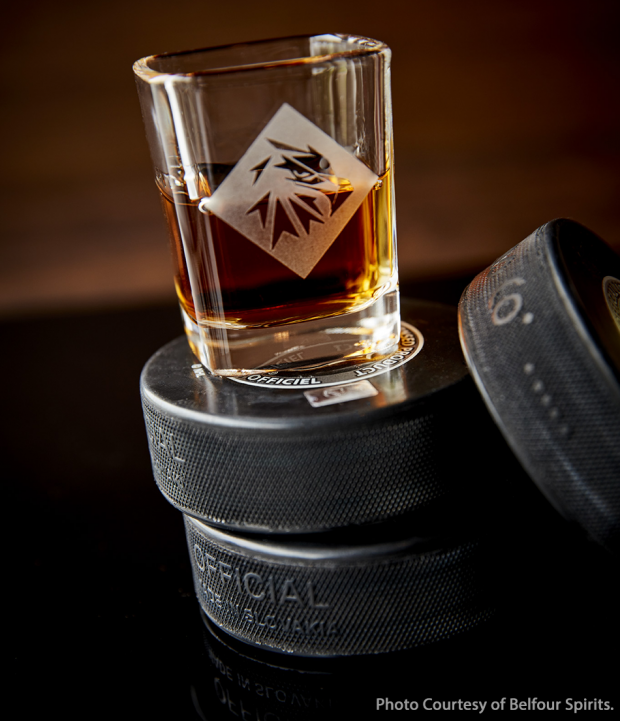 Ed Belfour has won all kinds of awards during his Hall of Fame hockey career, from the Stanley Cup to an Olympic Gold Medal. Last month, one of the Belfour Spirits rye whiskies he made with his son Dayn and daughter Reaghan won their fledgling whiskey company its highest honor yet – a Double Gold medal in the San Francisco World Spirits Competition. We’ll catch up with Ed and Dayn Belfour on this week’s WhiskyCast In-Depth, and try to pin them down for a prediction on this year’s Stanley Cup playoffs too. In the news, we’ll continue the countdown to the doubling of Europe’s tariffs on American-made whiskies at the end of this month. There’s labor news facing whisky makers in Scotland and the U.S., while Ireland’s Dingle Distillery is planning a major expansion. In our Behind the Label segment, we’ll look at a patent dispute between Australian distillers that’s threatening to become a worldwide problem.

Note: Several hours after this episode was released, the European Union announced that it would temporarily suspend the tariff increase on American whiskies that had been set to go into effect on June 1. We will have complete coverage on the next episode of WhiskyCast and elsewhere here at WhiskyCast.com.