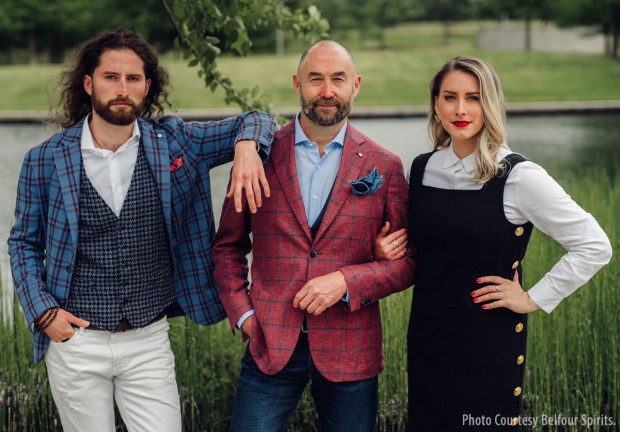 Ed Belfour has every honor a hockey player could dream of, including a Stanley Cup, an Olympic gold medal, and the ultimate: being named to the Hockey Hall of Fame. He could have chosen to do anything in his retirement, but decided to make whiskey with his family. Instead of just slapping the Belfour name on a bunch of sourced casks, he and his son Dayn spent five years learning the business from the grain up before bottling their first whiskies. Those whiskies will make their debut later this month in the Dallas area, where Belfour backstopped the Dallas Stars to their only Stanley Cup in 1999. We’ll find out why Ed Belfour decided to get into the whiskey business the hard way on WhiskyCast In-Depth.

In the news, Diageo and its Scottish labor unions will try one final time Monday to work out a new contract before workers begin a series of rolling strikes on Tuesday. In Kentucky, the Bourbon calendar will be even more crowded than usual a year from now when the Kentucky Bourbon Affair moves to September in a partnership with the promoters of Bourbon & Beyond in Louisville – even though it could lead to conflicts with the Kentucky Bourbon Festival. We’ll also have details on the week’s new whiskies and on Behind the Label, we’ll find out how one distillery changed the flavor of its whisky by changing the wood in its barrels.