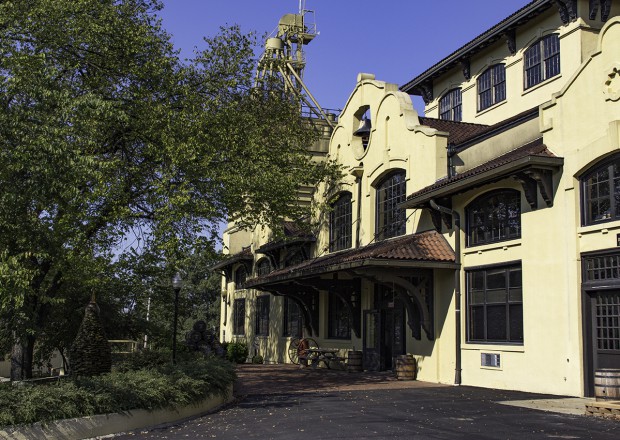 September 21, 2018 – The two-week long strike at Kentucky’s Four Roses Distillery has ended after union leaders signed off on a tentative agreement with distillery executives on a new five-year contract this afternoon. Members of the United Food & Commercial Workers locals 10D and 23D and Local 320 of the National Conference of Firemen and Oilers/SEIU will return to work Monday at the distillery in Lawrenceburg and the Four Roses maturation and bottling facility in Cox’s Creek.

The two sides met today for the first time since the strike began, and hammered out a compromise over the key issue of sick leave for new employees that led to the strike. Current workers are allowed ten sick days each year, and can carry over unused days to a maximum of 60. Kirin-owned Four Roses had wanted to replace the ability for future workers to “bank” sick days with short-term disability insurance, but union leaders rejected any change that would treat new employees differently from current workers.

“I could tell right away just how serious they were about working with us, making sure that everything went well, that both sides got what was needed,” UFCW Local 10D President Jeff Royalty told WhiskyCast in a telephone deal after the agreement was announced. The two sides agreed on a compromise that will give each employee a one-time choice to select either the current sick leave banking system or the new plan that includes short-term disability insurance. Royalty said the new plan will let each employee decide which option is best for their family while not creating a “two-tier” system with different levels of benefits for current and future workers.

“These guys understood how serious we were about that, and how damaging I thought it would be for everything and everybody involved, so they sat down with us and got it worked out,” Royalty said. According to Royalty, union members will get the final text of the agreement early in the coming week and all three bargaining units are expected to vote on ratification within several days.

WhiskyCast has requested an interview with Four Roses Chief Operating Officer Ryan Ashley, who led the company’s negotiating team. The distillery is still declining interview requests, but said in a statement that “Four Roses looks forward to beginning full production again soon.” The distillery has been shut down since before the strike for construction work on a $55 million expansion project, while bottling operations at the Cox’s Creek facility were not affected by the walkout.

Editor’s note: This story was updated to include a statement from Four Roses management after the company declined an interview request Friday evening.