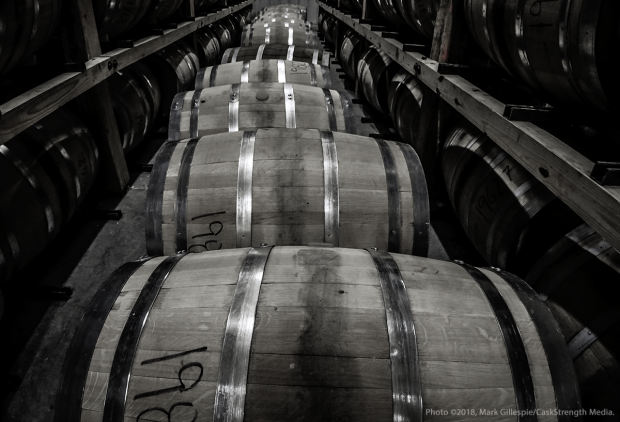 June 22, 2020 – Two years ago today, the European Union’s 25% tariff on imports of Bourbon, Tennessee Whiskey, and other American whiskies  took effect – and the industry hasn’t been the same since. According to a new report from the Distilled Spirits Council of the United States, the tariff has cut American Whiskey exports to Europe by 33%, costing U.S. whiskey makers $300 million dollars in lost export sales over the two-year period.

The EU’s trading bloc of 27 member nations is the largest single export market for American whiskey, accounting for 52% of all exports last year despite the tariffs. The traditionally close ties between the United States and the EU have been unraveling in recent years because of trade disputes, such as the Trump Administration’s decision to impose punitive tariffs on steel and aluminum imports in March of 2018 to protect the American steel industry. That move resulted in the Europeans retaliating with tariffs on American whiskies and other politically sensitive export goods on June 22, 2018.

DISCUS chief executive Chris Swonger said in a statement announcing the findings that “the tariffs have derailed a great American export success story.  Our concern is not only the significant reduction in sales to the EU, it is also the loss of consumer mindshare for these uniquely American products.” The organization represents distillers of all sizes in the United States, with many larger members also doing business in Europe.

While distillers of all sizes have been affected by the tariff, DISCUS public policy chief Christine LoCascio says craft distillers have suffered the most. “Many of whom are new to exporting and many, as they took their first foray into exporting looked to the EU because it is such a solid market for American whiskey in particular,” she said in a telephone interview.

Until the trade war began, whisky and other alcoholic beverages enjoyed largely tariff-free trade between the U.S. and Europe since the mid-1990’s. That free trade is credited with helping create the overall global boom in whisky sales. DISCUS cites export data showing the value of American Whiskey exports to Europe rose from $143 million in 1997 to around $700 million in 2018, even with the tariff affecting export sales for the final half of the year. In 2019, the first full year that the European tariff was in effect, those exports fell to around $514 million.

Swonger pointed out that the language in the EU’s tariff notice calls for an automatic increase to a 50% tariff a year from now. The tariff could be removed if there’s an agreement on steel and aluminum exports between the U.S. and the European Union. However, the two sides have grown even farther apart since 2018 because of a long-standing dispute over subsidies to aircraft makers Airbus and Boeing.

Last October, the U.S. imposed its own tariff on single malt whiskies from Scotland and Northern Ireland, along with other liqueurs and wines from European countries as part of countermeasures approved by the World Trade Organization following a ruling against the EU on its support for Airbus. As might be expected, that tariff led to a significant drop in exports of those whiskies to the U.S. in the final quarter of 2019, with first-quarter 2020 data not yet available.

Trump Administration officials are required under federal law to review the tariff periodically, and while the first review in February did not lead to changes, the next one in August could. The start of a 30-day public comment period for that review could be announced this week, and it comes at an especially sensitive time. Not only do Administration officials have to take domestic political considerations and the impact on the U.S. wine and spirits industry into account, but the WTO is expected to issue its final decision on the EU’s case against the U.S. over subsidies for Boeing in July.

If the U.S. loses that case, the European Union will be allowed to impose its own set of countermeasures. While American whiskies are not on the list of goods proposed for tariffs, wines and other distilled spirits are, and that could prompt a negative response from the Trump Administration. While the U.S. tariff in the Airbus case was only applied to single malts from Scotland and Northern Ireland, U.S. officials could have applied it to all European-origin whiskies – and retain the option to do so in the August review along with the option to raise the current tariff to as high as 100%.

“There was talk earlier in the year about possibly even a mini-deal between the United States and the EU, and we were certainly very hopeful at that point when those discussions were happening,” LoCascio said. “It does seem now that both sides are waiting for the next decisions to be made in the WTO,” she said. EU Trade Commissioner Phil Hogan of Ireland said earlier this month in Brussels that negotiations between the two sides aimed at resolving the aircraft subsidy dispute have stalled, accusing the Trump Administration of stepping back from the talks.

Editor’s note: This story was updated following our interview with Christine LoCascio of the Distilled Spirits Council.