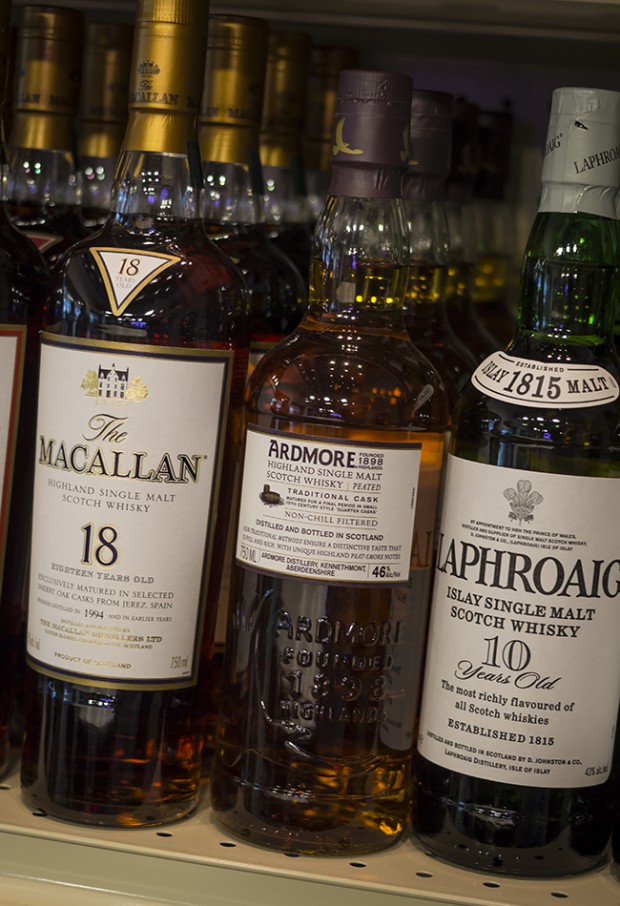 December 23, 2015 – The European Court of Justice handed Scotch Whisky producers an early Christmas present today, ruling that the Scottish Government’s plan to impose a minimum unit pricing scheme for retail alcohol sales violates European trade laws as currently enacted. The Luxembourg-based court ruled that the plan to set a minimum price of 50p ($0.74 USD) per unit of alcohol (approximately 35ml of whisky) could meet the legal standard only after tax increases and other less restrictive measures to control alcohol abuse had been tried and failed. The ruling came after the Scotch Whisky Association and other drinks trade groups appealed Scottish court rulings upholding the law passed by Scotland’s devolved Parliament in 2012.

“The very clear steer from the European Court of Justice is that there’s a very high test to be met and that the Scottish Government has been unable to meet those tests,” said David Williamson of the Scotch Whisky Association in a telephone interview following the ruling. The case has been referred back to Scotland’s Court of Session for review, with a hearing expected during 2016. “What the Scottish courts will have to do now is reflect on what the European court has said on the (points) of European law, and then there will be an assessment as to whether the Scottish Government’s minimum pricing scheme is proportionate to what it wants to achieve,” Williamson said.

In a statement, Scottish Health Secretary Shona Robison defended the minimum unit pricing scheme and predicted the Court of Session will uphold it.

“While we must await the final outcome of this legal process, the Scottish Government remains certain that minimum unit pricing is the right measure for Scotland. We believe it is the most effective mechanism for tackling alcohol misuse and reducing the harm that cheap, high-strength alcohol causes our communities. We maintain that minimum unit pricing would target heavy drinkers as they tend to drink the cheap, high strength alcohol that will be most affected by the policy.”

Government officials designed the plan to target low-priced high-alcohol-content drinks such as ciders, and have noted that it is currently possible for an alcohol abuser to buy the recommended weekly maximum intake of 21 units of alcohol for less than £5 GBP ($7.44 USD). The minimum pricing scheme is currently on hold during the appeals process, but if allowed to take effect, would raise that cost to £10.50 ($15.62 USD).

Williamson noted that the industry has worked actively with government officials to fight alcohol abuse, and that there clearly is a problem within Scotland that must still be addressed. “Alcohol deaths in Scotland have fallen by a third over the last ten years, which suggests we’re going in the right direction…but clearly more work’s to be done. What we hope is now that this ruling’s very clear, there’s a chance to move the debate on…it’s a very polarized debate, but move it on to a place where government, industry, and others can work in partnership so that we can take other, more effective, alternative, and legal measures,” he said.