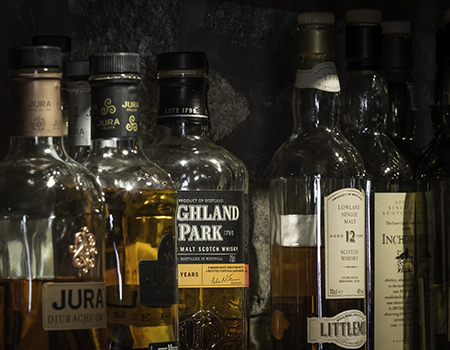 This week, we’ll be talking about money and politics along with whisky, and of course, there are connections between all three. With the world’s attention focused on the transition to the Trump Administration in the U.S., the spirits industry is hoping to benefit from what it sees as a pro-business atmosphere in Washington. We’ll discuss the political climate with Distilled Spirits Council CEO Kraig Naasz, and we’ll get Wall Street’s perspective with David Bolton of Spirited Funds and Alex Gordon of ETF Managers Group. They’re behind a new exchange-traded fund that gives investors the ability to buy into the global whisky industry on the stock market.

In the news, Beam Suntory plans to close its Canadian Club brand home in Windsor, Ontario next month, and the city’s mayor will meet with company executives in Chicago this week to make the case for keeping it open. Bourbon has become Kentucky’s fastest-growing industry, with an $8.5 billion economic impact on the state’s economy each year…while the wider U.S. spirits industry also showed significant growth in 2016. We’ll have details on the week’s new whiskies, and this week’s tasting notes include single malts from Scotland, India, and Ireland!