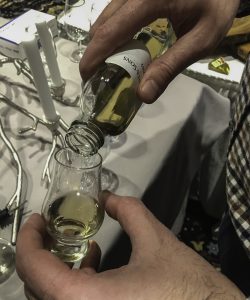 This week, we’re on location at the Victoria Whisky Festival in British Columbia! We’ll discuss a new range of premium Canadian whiskies coming this fall from the Hiram Walker Distillery with master blender Don Livermore, and sit down for a dram with veteran whisky writer Dave Broom to solve some of the whisky world’s problems. In the news, there’s a new Canadian Whisky of the Year, as Masterson’s 10 Batch PSA-3 takes top honors at the 2017 Canadian Whisky Awards. We’ll have the details, along with news of another expansion at Ireland’s Midleton Distillery and a rare sighting of a “unicorn” whisky – believe it or not…a peated Balvenie!