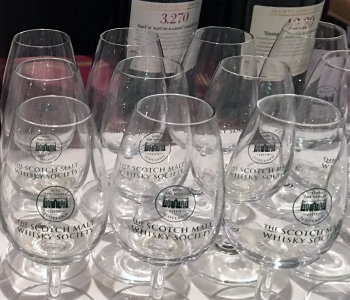 Earlier this year, we reported on the Scotch Malt Whisky Society’s changes in the US, with marketing and promotion for the global whisky club and independent bottler changing from the Shayne family, which founded the US chapter in 1993, to a firm led by longtime industry veteran Arnaud Brachet. It’s been several months, and we’ll sit down with Brachet for an update on the Society’s progress on this week’s WhiskyCast In-Depth. We’ll also take a look at the science of whisky, as Buffalo Trace’s Harlen Wheatley shares the findings of his first “Warehouse X” experiments. In the news, Rémy Cointreau is making another move to expand its whisky business with the acquisition of Seattle’s Westland Distillery. Master Blender Matt Hofmann is one of Westland’s co-founders, and explains why Rémy’s bid persuaded him where others had previously fallen short. We’ll also check the police blotter in Kentucky, where a delivery driver faces prison time after trying to sell whiskey and other spirits stolen from Beam Suntory’s Frankfort warehouse and another “Pappygate” suspect has taken a plea deal.