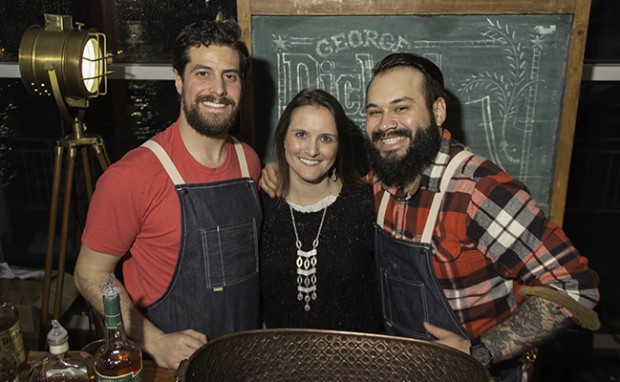 There’s been a lot of attention paid recently to women working in the whisky industry, but when Allisa Henley was promoted to Head Distiller at Tennessee’s George Dickel Distillery last March, she just took over for John Lunn without even so much as a news release. While most people thought of her as being in charge of the distillery’s visitor center, she had quietly been Lunn’s understudy for a decade and stepped right into the role she had been training for – at the distillery just a few miles from where she grew up. We’ll talk with Allisa on WhiskyCast In-Depth about the transition and the challenges of being a whiskey maker in the heart of the Bible Belt, especially since the Dickel distillery is located in a dry county.

In the news, a new report projects American whiskey could outsell single malt Scotch worldwide as soon as 2020, with much of that demand for Bourbon and Tennessee whiskies. Whisky Magazine has announced the North American winners in the 2016 World Whisky Awards, and there’s a surprise winner in the battle for “World’s Best Bourbon” honors. Balcones Distilling in Texas fired up the stills at its new Waco distillery for the first time this week after taking home three Whisky Magazine awards, and we’ll have your reaction to last week’s interview with Balcones founder and former master distiller Chip Tate as he prepares to begin making whisky again at his new distillery. We’ll also have more of your reaction to the Compass Box transparency campaign, along with tasting notes for two unique craft whiskies from Washington and Colorado.