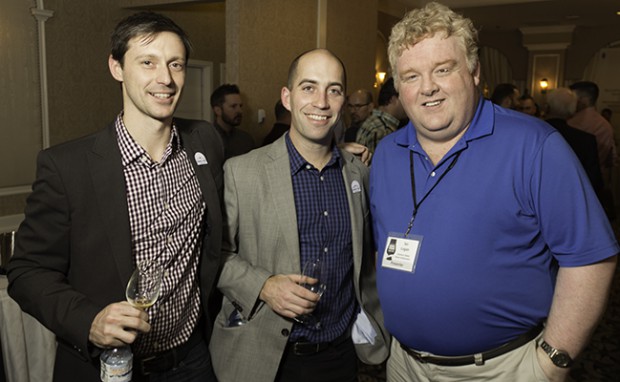 One of the most-discussed topics at this weekend’s Victoria Whisky Festival was a National Post feature on whisky questioning the future of vintage whiskies, and whether the whisky boom has already reached its peak. One of the whiskies mentioned in the story was The Glenlivet’s Founders Reserve, which is replacing The Glenlivet 12 in many markets around the world. We’ll get the reaction from The Glenlivet’s Ian Logan to that article, and what his colleagues at Chivas Brothers are doing to fight that perception on WhiskyCast In-Depth. We’ll also look at the impact of international trade deals on whisky exports, new whiskies, and while they’re not the same as the ones stolen last September during a New York City whisky show, Simon Brooking of Laphroaig has his green wellies back!