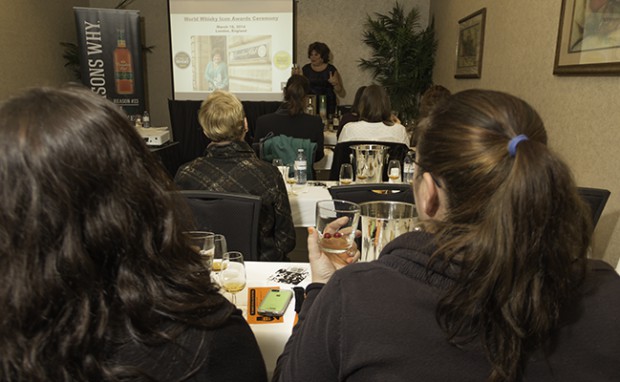 This week, we’re on location with the first of two episodes from the Victoria Whisky Festival in Victoria, British Columbia. For the last several years, the Victoria Whisky Festival has had at least one tasting session reserved for women only, and this year’s tasting featured Canadian Club’s Tish Harcus…one of the pioneers in leading tastings geared to women. We’ll talk with Tish and Julia Ritz Toffoli, founder of Women Who Whiskey…one of the fastest-growing whisky clubs for women with chapters in the US, Canada, Europe, and Africa. In the news, Corby’s Lot No. 40 has taken top honors as Canadian Whisky of the Year in the Canadian Whisky Awards for the second time in three years…the Nelson brothers have sold a stake in their Green Brier Distillery in Tennessee to Constellation Brands, and we’ll have the latest on new whiskies from Japan and Ireland.