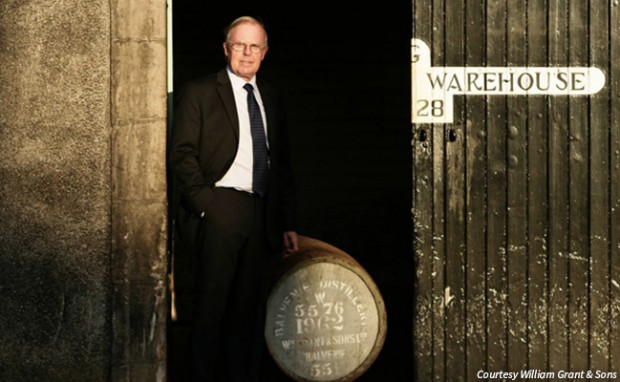 David Stewart will need new business cards soon, though the longtime master blender at William Grant & Sons is far too modest to ask for them. That’s because he’ll soon be able to add the initials “MBE” to his name, now that he’s been named a Member of the Order of the British Empire by Queen Elizabeth. Stewart was included on the Queen’s New Year’s Honours List released by Buckingham Palace this week, and he’ll tell us how he found out about the honor on this week’s WhiskyCast In-Depth. In the news, holiday flooding has hit Scotland and Ireland, a trademark lawsuit has been settled in Bourbon Country, and whiskey lovers found a bargain on Pappy Van Winkle whiskies this week in an unusual place. We’ll also hear about some of your New Year’s drams and more on the year’s first episode of WhiskyCast!