Distilling Returns to the Birthplace of Scotch Whisky (Episode 654: August 13, 2017) 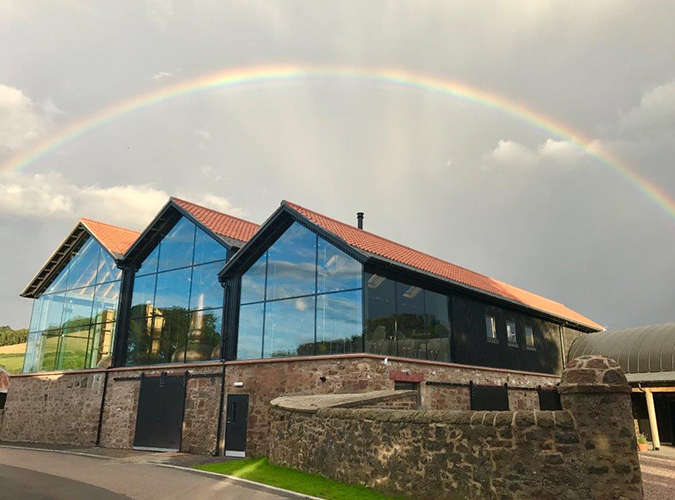 Lindores Abbey has a unique place in Scottish history. In 1494, the abbey’s Friar John Cor was responsible for the oldest known written reference to whisky distilling in Scotland when the Exchequer Roll listed him as receiving “8 bolls of malt” to make aqua vitae for the King. 523 years later, whisky distilling is returning to Lindores Abbey, and we’ll take a look at the past, present, and future of Lindores Abbey’s place in whisky history with Drew McKenzie Smith. His family has owned the farm in Fife where the abbey’s ruins survive to this day, and he’s the founder of the new Lindores Abbey Distillery.

In the news, contract talks will resume this week between Chivas Brothers and its workers in Dumbarton, Scotland, and the union’s plans for strikes this week have been called off. Blended Scotch sales may be poised for a comeback, and Bruichladdich is turning the peat volume up to 11 with one of its new Octomore single malts. We’ll also have tasting notes for four cask-strength whoppers and a first – a web site that puts you on hold.