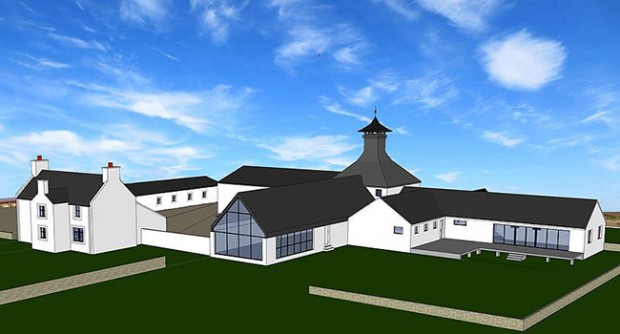 November 26, 2015 – After a series of delays, plans are finally on track for construction of Islay’s newest distillery. Jean and Martine Donnay have announced that funding is in place for Gartbreck Distillery, which will be built at Gartbreck Farm near the island’s airport south of Bowmore. In a post on Gartbreck’s Facebook page, the Donnays attributed the lengthy delay to the need to secure both funding and one final piece of land needed for the project. Construction is expected to begin in the spring of 2016, with distilling expected to begin in early 2017.

The original plan for Gartbreck was announced in January of 2014 with a scheduled opening this fall, but the Donnays ran into a number of delays with the project as well as issues with their Glann ar Mor Distillery in France. Earlier this year, they had threatened to close the distillery in a dispute over the proposed “Breton Whisky” regional designation. At the other end of Scotland, Simon and Phil Thompson are closer to starting construction of the Dornoch Distillery Company in the Highlands town of Dornoch. The owners of the Dornoch Castle Hotel have received planning permission for the project, and told WhiskyCast in a Twitter post today they hope to complete licensing soon and begin construction in 2016.

“Finally everyone we’ve judged can now judge us,” they tweeted. The brothers are outspoken about their views of the current state of Scotch Whisky, and have preferred to source older expressions instead of current ones for their whisky bar at the hotel.