Distillers Turn Up Heat on Congress As Tax Deadline Gets Closer 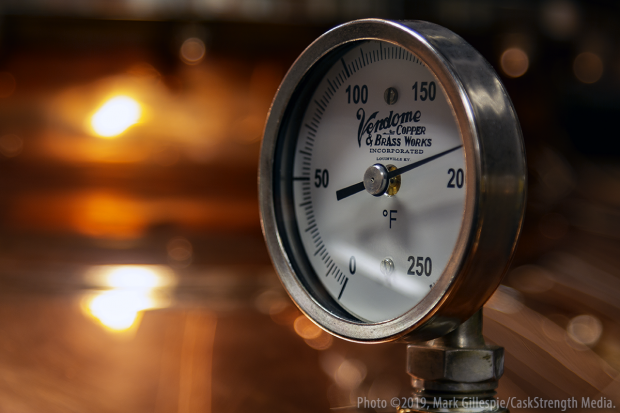 December 12, 2019 – Remember that New Year’s Eve deadline for extending the break America’s small-scale distillers currently get on their federal excise taxes? That’s the deadline in the letter of the law passed two years ago this month, but the real-world deadline is just eight days from now. Both houses of Congress are scheduled to wrap up work next Friday and head home for the holidays, and the agenda is blocked up with the legislative equivalent of a kidney stone.

It’s already too late to start singing “The 12 Days of Appropriations Bills” at this point, since none of the 12 separate bills needed to fund federal agencies past next Friday have been passed yet. While that could lead to a second consecutive holiday season government shutdown, Congressional leaders are working to get those bills passed in time. There’s also the approval of USMCA, the new trade agreement between the United States, Canada, and Mexico – and at some point in the next week, the House will likely vote on whether to impeach President Donald Trump.

“There has been talk of doing something later next year and making it retroactive as a credit or a refund,” says Mark Shilling of Austin, Texas-based Shilling/Crafted. Shilling is a former president of the American Craft Spirits Association, and is in Washington with other ACSA board members and leaders to make their case to Congressional leadership. “The problem with that is for a lot of these folks, once you’ve paid that money…it’s real money out of your pocket. The TTB (Tax & Trade Bureau) does not have a process in place to process refunds, to send checks back to distillers once it happens, so it would take them a significant amount of time to put something in place,” he said in a telephone interview.

The tax reform act passed two years ago reduced the excise tax rate distillers pay on the first 100,000 proof gallons of spirits removed from bonded storage each year from $13.50 per proof gallon to $2.70. While larger distilleries may reach that threshold early in a calendar year, most craft distillers never even come close to it. As an example, a craft distiller that removed 25,000 proof gallons from bond for sale during 2019 would owe $67,500 in federal excise tax under the reduced rate. Without an extension, that tax bill would rise to $342,500 in 2020 – and unlike most businesses which remit tax payments on a quarterly basis, distillers have to pay their excise taxes in a much shorter time frame that can be as often as every other month depending on production.

The ACSA delegation has been meeting with aides to House Speaker Nancy Pelosi (D-CA), Senate Majority Leader Mitch McConnell (R-KY), and other members of the leadership in both houses this week. “I spoke with (Sen. Charles) Schumer directly, we met with Pelosi’s tax counsel, and everyone’s positive about this issue,” Shilling said. “Everyone has a slightly different take on what needs to happen in order to get this across the goal line,” he said. The House would need to vote on an extension before the Senate can consider it, and lawmakers are negotiating it as part of a larger package of industry-specific tax breaks also scheduled to expire at the end of the year.

If Congress fumbles the ball on an extension before the holidays, Shilling says the impact on distillers would be immediate. “It’s too late for a lot of us, and it won’t matter any more…there are folks who are waiting for December 20th because they are regretfully prepared to start laying people off on the 21st if this doesn’t happen – that’s how significant this is for some of the folks out there,” Shilling said while declining to identify specific distilleries where layoffs could occur.

Many distillers used the money saved from the reduced tax rate in 2018 and 2019 to hire new employees and invest in additional production equipment based on the expectation that Congress would act to extend the lower tax rate or make it permanent. Others were able to use that savings to cover ongoing expenses, and industry leaders have warned for months that a return to the higher tax rate could force many struggling craft distillers out of business.

Shilling, speaking for the entire ACSA delegation, said they’ve received one consistent message from the leadership on Capitol Hill. “All of them gave us the advice to talk to all of the other folks and make sure they’re on board, and again, they’re on board with this…it’s the other things that are holding them up.” He’s urging consumers to contact their representatives in Washington to keep the pressure on.

“There are negotiations going on right now that, an hour from now, the picture of what a vehicle might be or when something might happen could change dramatically.”