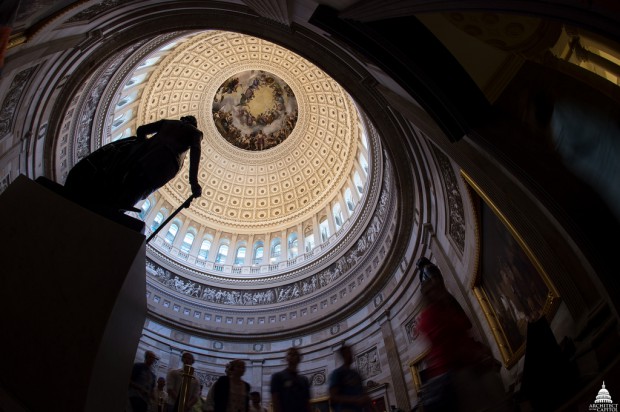 June 23, 2017 – The annual budget battle between the White House and Capitol Hill is escalating to a new level this summer as the Trump Administration seeks significant cuts in domestic spending for the next fiscal year beginning in October. While Congressional leaders have routinely referred to budgets submitted by previous administrations as “dead on arrival,” even Republican leaders on the Hill have referred to the administration’s proposed cuts as “draconian.”

While a microscopic part of the overall proposed $4.1 billion budget, two programs targeted for budget cuts have U.S. distillers lobbying Congress to protect their funding: the Agriculture Department’s Market Access Program for exports and the overall budget for the Treasury Department’s Alcohol and Tobacco Tax & Trade Bureau (TTB).

The proposed budget cuts overall TTB funding by 7 percent and eliminates an additional $5 million in funding earmarked to help speed up the processing of label and formula applications. Those applications must be approved before a distiller, brewer, or winemaker can bring a new product to market, and distillers have complained about delays in processing time for years. Two years ago, Congress and the Obama Administration agreed to add the $5 million in the 2016 and 2017 budgets to help eliminate a growing backlog of pending applications. 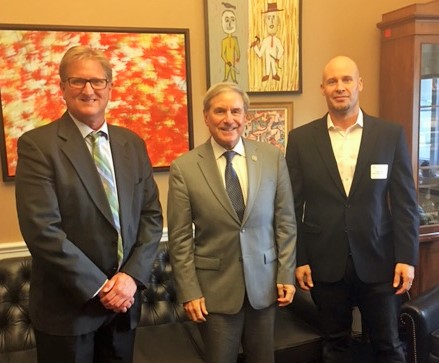 “That has proven to be a great success over the last couple of years since it’s been in the budget,” said Mark Gorman, senior vice president of government relations for the Distilled Spirits Council of the United States. “They’ve gotten label approvals down to a week or ten days at the most…before, it could have been a couple of months in processing,” he said in a telephone interview. Gorman and his colleagues led a group of more than 45 distillers through the Capitol this week to meet with legislators as part of the Council’s annual Public Policy Conference, and the TTB’s budget was one of the key areas of concern. “There’s a tremendous recognition about the rapid growth of the industry and the need to bring new products on line and into the marketplace as expeditiously as can be done,” Gorman said, noting that the issue is also a priority for brewers and winemakers. Assuming the new budget is enacted as currently written, the 10-day target for processing label and formula applications would be changed to 30 days.

According to the Treasury Department’s budget proposal, the TTB budget cuts will also lengthen the processing time for basic permits required to enter the beverage alcohol industry, including permits for importers and wholesalers as well as distillery permits (DSP permits). The 2016 budget called for 85 percent of those applications to be processed within 75 days, but the bureau only met that standard 32 percent of the time. In 2018, the standard will be changed to 130 days based on the bureau’s  staffing and funding levels.

“ACSA opposes any cuts to TTB funding, particularly when TTB itself reports a DSP application submitted in May 2017 will — on average — take 162 days to process,” said Margie Lehrman, executive director of the American Craft Spirits Association in an email to WhiskyCast. “It’s axiomatic that waiting almost one-half year to receive notice of whether an application is approved is outrageous. For many spirits producers, that is just the first step in being able to secure a state license to operate, let alone make a product that requires it to barrel age.” The craft spirits group’s board will meet Monday to stake out a formal position on the budget cuts.

TTB spokesman Thomas Hogue deferred an explanation for the proposed cuts to the Treasury Department and the White House’s Office of Management & Budget. OMB spokesman John Baker has not yet responded to emailed questions submitted by WhiskyCast earlier this week on the administration’s justification for the proposed cuts at both the TTB and the Agriculture Department, where the proposed budget eliminates all funding for the Market Access Program (MAP) and Foreign Market Development Programs.

Agriculture Department spokesmen declined to make anyone available for an interview, but provided this prepared statement in an email.

“The President has proposed his budget, and now the appropriators in Congress will make their mark on it.  We cannot know what form the final budget will take, and so it is premature to comment on the specific impacts it may have on any USDA program. Secretary Perdue has communicated to all USDA staff that there is no sense in sugar coating the budget, but he will be as transparent as possible throughout the budget process.”

The Distilled Spirits Council is one of many organizations that have received MAP funding to help cover the costs of export promotion and marketing activities. Since 2005, the program has helped fund promotions in 17 countries, and has been credited with playing a role in the 51 percent increase in U.S. whiskey exports between 2006 and 2016.

“We’ve had a good number of both large and small distillers who have participated in the Market Access Program in countries all over the world,” Gorman said. “I think we stand a good chance of having that re-authorized, re-funded…there’s pretty strong support for it in Congress, so we’re optimistic.” Gorman is also optimistic about the industry’s key legislative goal: a cut in the Federal Excise Tax on alcohol production commonly referred to in Washington as the “beer bill.” That legislation has been promoted by a coalition of brewers, distillers, and winemakers, and would also include tax reforms primarily promoted by Kentucky’s distillers to allow the deferral of taxes on barrels of maturing whiskey until after those barrels are removed from bonded warehouses. While the “beer bill” has significant support in Congress, it is not expected to move until after action on health care reform and infrastructure development.