Diageo to Expand Distilling Operations in Kentucky with $130 Million Project 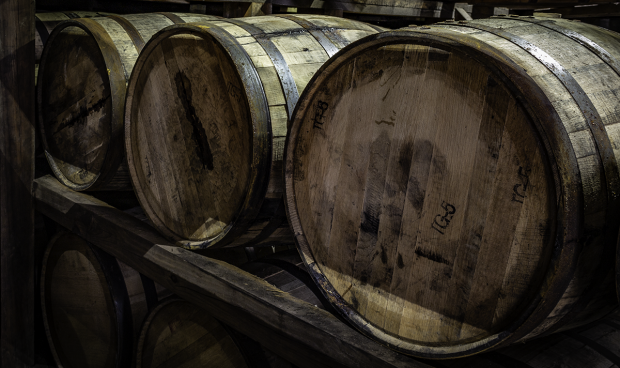 December 13, 2018 – The world’s largest whisky producer is planning to expand yet again in Kentucky, as Diageo plans to invest $130 million over the next three years to build a new distillery and warehousing complex in Lebanon, Kentucky to produce Bourbon and American whiskies. The announcement comes after today’s approval of a $2.5 million economic development incentive package from the Kentucky Economic Development Finance Authority, based on projections that the facility will create 30 new full-time jobs when it opens in 2021.

Four years ago, Diageo did not have a single distillery in Kentucky – just the long-closed Stitzel-Weller Distillery on Louisville’s west side where it used the distillery’s warehouses to mature stocks of its sourced whiskies and the old barrels dating back to the United Distillers days of the early 90’s. Last year, Diageo began production at the $115 million Bulleit Distilling Company distillery in Shelbyville and will open a $10 million Bulleit visitors center there next summer. The existing Bulleit Frontier Whiskey Experience opened in 2014 at Stitzel-Weller will be re-branded as the “Stitzel-Weller Whiskey Experience” and focus on Diageo’s other Bourbon and American whiskey brands, including Blade & Bow, I.W. Harper, the Orphan Barrel range, and Seagrams 7 Crown.

“Bourbon and American whiskey are vibrant and growing categories and we are excited to expand Diageo’s footprint in Kentucky to support our ambitions in this space,” Diageo North America Senior Director of Federal Affairs and Whiskey Barry Becton said in a statement announcing the plan. The project is also receiving support from the Marion County Industrial Foundation and the City of Lebanon. Marion County is already home to the Maker’s Mark Distillery in Loretto and the Limestone Branch Distillery in Lebanon.

The distillery is expected to be built on the south side of Lebanon on a plot of land currently owned by the Marion County Industrial Foundation along Adam Hughes Memorial Highway/State Highway 2154. According to a Diageo spokesperson, the timetable calls for the sale of that site to close in late January. Assuming permitting goes as expected, construction of the distillery, a dry house for spent grains, and warehousing should begin early this summer. The distillery will have the capability of producing whiskey for use in Bulleit Bourbon, along with “current and future American Whiskey brands for Diageo.”

Diageo declined to make company executives available for interviews. This story will be updated as more information becomes available.

Editor’s note: This story was updated with additional information provided by a Diageo spokesperson on the distillery’s construction timetable.