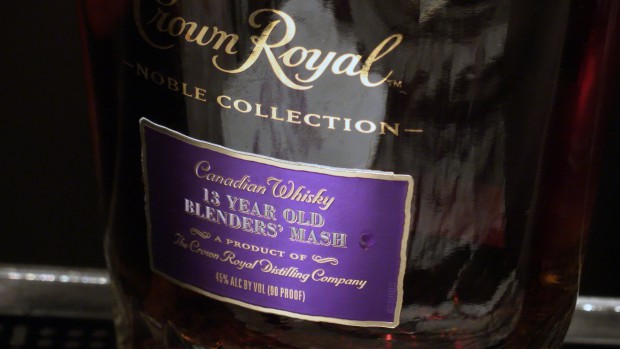 November 11, 2020 – As Americans are drinking more at home during the Covid-19 pandemic, it’s becoming harder to find some popular whiskies at local stores.

The shortage also affects other popular liquor brands across the entire range of distilled spirits, as well as beer and wine. As with most other shortages of high-demand consumer goods, the Covid-19 pandemic is to blame for major problems with the North American trucking industry. There was already a shortage of truck drivers in both the United States and Canada before the pandemic, according to the American Transportation Research Institute, and the pandemic has only made that worse as a growing number of American long-haul drivers have become less willing to accept longer trips in favor of staying closer to home.

While the U.S.-Canada border remains open to commercial truck traffic, news reports indicate many Canadian-based truck drivers are reluctant to cross the border and risk exposure to the virus. That has led to shortages of Crown Royal, the top-selling Canadian Whisky in the U.S. market. Sales of Diageo’s flagship Canadian Whisky brand topped 6.8 million (9-liter) cases during 2019, according to the Beverage Information Group, and could be even higher this year — if consumers weren’t having problems finding it. 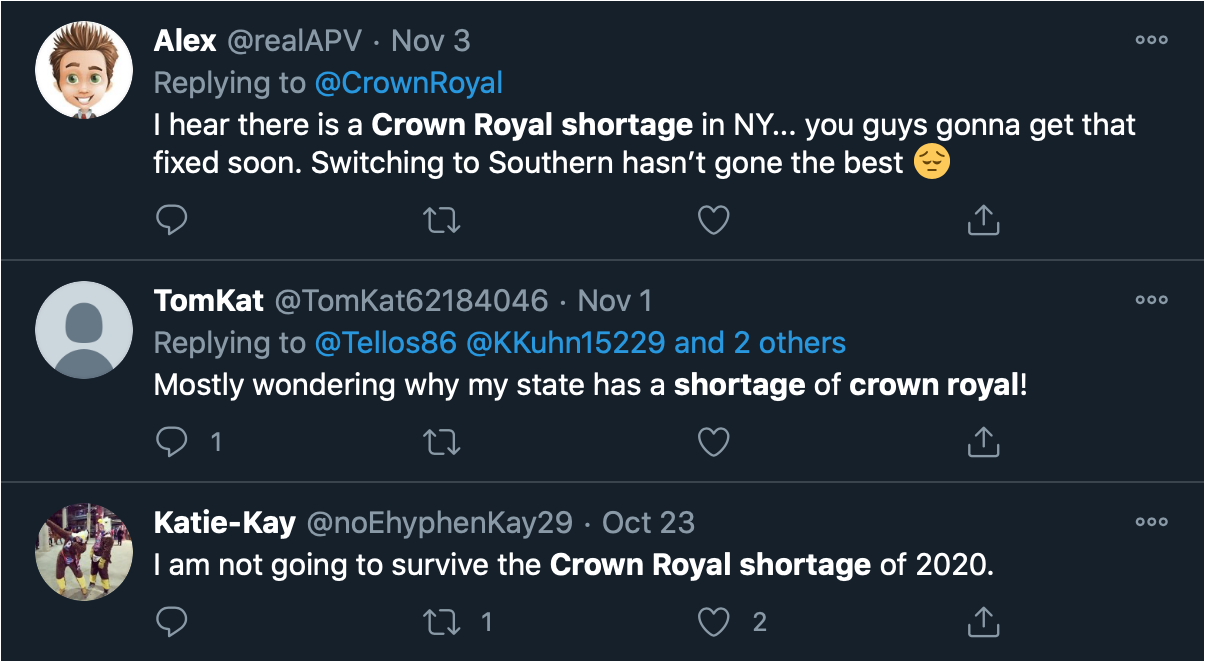 Crown Royal is distilled and matured in Gimli, Manitoba, with mature whisky shipped by rail to Diageo’s facilities in Amherstburg, Ontario for blending and bottling. The Amherstburg facility is subject to both Canada’s federal health restrictions and Ontario’s provincial restrictions to prevent the spread of Covid-19, and in a statement provided by email, a Diageo spokesperson indicated that the plant is producing at peak capacity given the restrictions.

“With the continued high demand of Crown Royal in recent months, coupled with the ongoing impact of COVID-19 on our production in terms of protocols and precautions, a handful of our bestselling whiskies may be temporarily out of stock in some U.S. locations. We are working to resolve this as soon as possible, while also upholding the exceptional quality and flavor that has made us the number-one selling Canadian whisky brand in the world.”

U.S.-bound shipments of Crown Royal generally travel by truck across the border, making them subject to the overall shortage of truck drivers. That has forced Southern Glazer’s Wine & Spirits, which distributes Diageo’s portfolio in 44 states, and other regional distributors to allocate limited inventories of Crown Royal and other spirits to their retail and bar/restaurant customers. Southern Glazer’s has not responded to email inquiries about its allocation policies.

Pandemic-related shortages may become even more widespread this winter. Ryan Maloney, the owner of Julio’s Liquors in Westborough, Massachusetts, has been able to avoid the Crown Royal shortage so far after stocking up on inventory earlier this year, but in an email to WhiskyCast, acknowledged that his team has now put the last of their stock on the shelves. He also predicted additional shortages of spirits may come as more European countries impose a new round of lockdowns in response to increasing Covid-19 infection rates, with a significant concern about the situation in Ireland since the Boston area’s historic ties to Ireland mean Irish whiskies are in high demand year-round.