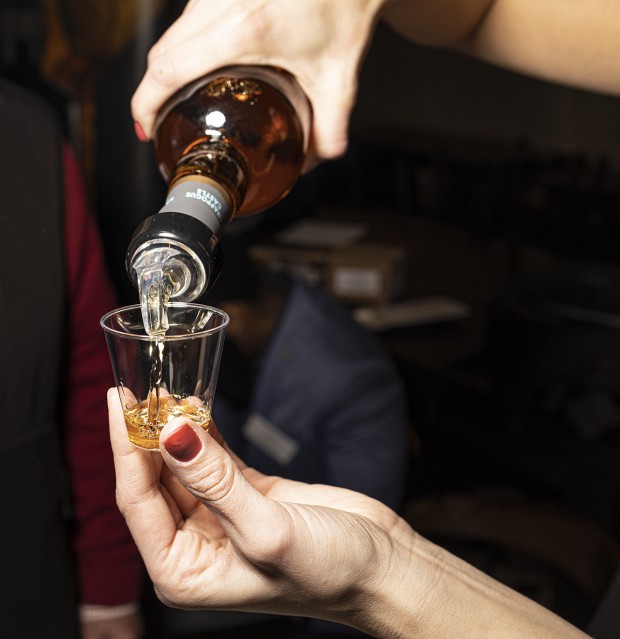 Updated March 15, 2020  – As the impact of the COVID-19 novel coronavirus pandemic spreads, more whisky events are being cancelled or postponed and the list of distilleries temporarily halting public tours and closing visitors centers is growing – with more expected in the coming days.

This could be a critical week for whisky lovers planning to attend the upcoming major spring whisky festivals in Scotland, where Scottish officials will release more details Monday on their plan to ban large public gatherings. The Spirit of Speyside Festival and the Islay Festival of Malt & Music both attract thousands of international visitors each year, and organizers of both events are waiting for guidance from the government while stressing that they hope to be able to present their events as scheduled.

In addition, Universal Whisky Experience founder Mahesh Patel announced Sunday night that The Nth, his high-roller whisky and spirits show scheduled for next month at the Wynn Las Vegas resort, is being cancelled. While Nevada officials have not yet moved to limit public gatherings, Wynn Resorts executives decided voluntarily to cancel large entertainment gatherings for the immediate future. The show will be rescheduled for April 23-24, 2021, and existing 2020 tickets will be honored for the 2021 event. Wynn will issue refunds for deposits on hotel room reservations for this year’s event.

Diageo is keeping the visitors centers at 12 of its distilleries in Scotland open for now. An Edinburgh-based Diageo spokesman confirmed the decision Sunday in an email to WhiskyCast, while emphasizing that the decision remains “under continual review,” and additional sanitation measures are in place at all facilities.

Friday, the world’s largest spirits producer closed its distillery visitor experiences in Kentucky and Tennessee until further notice. The move affects the Bulleit Distilling Co. in Shelbyville, Kentucky and the Stitzel-Weller Distillery in the Louisville suburb of Shively, along with the George Dickel visitors center at Cascade Hollow Distilling Co. in Tullahoma, Tennessee. Tours at the Roe & Co. Distillery and the Guinness Storehouse in Dublin, Ireland have also been shut down until at least March 29 in line with government restrictions

Pernod Ricard’s Corby Spirit & Wine unit decided Sunday to close its J.P. Wiser’s Experience brand home at the Hiram Walker Distillery in Windsor, Ontario until April 3. The distillery will continue to operate as usual, and direct-to-consumer online sales will still be available to Ontario residents.

Whisky Advocate magazine has rescheduled its annual WhiskyFest Chicago event from the original date of March 27 to December 11, one week after WhiskyFest San Francisco. The decision came after Illinois Governor J.B. Pritzker ordered a 30-day statewide ban on events with more than 1,000 attendees. Tickets purchased for the March event will be honored on the rescheduled date.

Paragraph Publishing has postponed this week’s Whisky Live in Tel Aviv, Israel until a May date to be determined. However, plans are still in place to go forward with Whisky Live London March 27 and 28, along with the Whisky Magazine awards dinner on March 26, with the guidance that “we are closely monitoring UK government advice on the coronavirus outbreak, which is currently that people should go about their business as usual.” This week’s Whiskey and Barrel Nite event in New York City has also been postponed, with a date to be announced in the near future.

The American Distilling Institute postponed its 2020 convention in New Orleans after Louisiana Governor John Bel Edwards signed an order Friday banning public gatherings of more than 250 people through April 13. The ADI conference was scheduled for April 6-8 at the Hyatt Regency New Orleans. ADI President Bill Owens said in a statement that plans for rescheduling the conference will be announced this week. That came a day after the American Craft Spirits Association announced the postponement of its annual conference in Portland, Oregon.

This weekend’s Trondheim Whisky Festival in Trondheim, Norway, was cancelled after Norwegian officials imposed a ban on events with more than 500 attendees. Organizers are hoping to reschedule the festival for later this year, but are offering full refunds to ticket holders.

The list of cancellations and postponements for upcoming events also includes the Whisky Festival Noord Nederland in the Netherlands, along with Whiskies of the World U.S. events in San Jose, San Francisco, and Nashville. The main tasting event for the BC Distilled festival in Vancouver, British Columbia April 4 has been cancelled, but organizers are moving forward with smaller satellite tastings.

The coronavirus pandemic has had no apparent impact on whisky production, and distillers are trying to keep it that way by minimizing contact between distillery workers and the public.

Beam Suntory is ending tours and closing visitors centers at all of its facilities worldwide starting Monday, including the Jim Beam American Stillhouse and Maker’s Mark Distillery in Kentucky, the Laphroaig, Bowmore, and Glen Garioch distilleries in Scotland, and Ireland’s Kilbeggan Distillery.

Heaven Hill has shut down its Bourbon Heritage Center in Bardstown, Kentucky and the Evan Willians Bourbon Experience in Louisville until further notice, as has Campari’s Wild Turkey Distillery in Lawrenceburg. In a statement, Campari executives stressed the need to protect distillery staff and consumers alike.

“While the Visitor Center will be closed, our distillery remains operational, and we shall continue operating at a normal production rate. Accordingly, all spirits produced and bottled at the Wild Turkey Distillery will continue to meet our high standards of safety.”

Campari is also closing its visitors centers at Glen Grant Distillery in Glenrothes, Scotland and the Forty Creek Distillery in Grimsby, Ontario for at least two weeks, along with other Campari brand homes worldwide.

Four Roses Distillery has suspend tours and closed its gift shops through at least March 29 at the distillery in Lawrenceburg and the maturation/bottling complex in Cox’s Creek, Kentucky. Visitors with pre-purchased tours during the shutdown will be contacted and issued full refunds, according to a Four Roses spokesperson.

California’s Sonoma Distilling Company also said Friday evening on its Instagram feed that its tasting room in Rohnert Park will be closed until further notice “in an abundance of caution and in respectful support of community well being.”

William Grant & Sons has extended its closing of visitor operations at the  Glenfiddich and Balvenie distilleries in Scotland to include Tullamore D.E.W in Ireland and all of its facilities worldwide.

Brown-Forman is now doing the same, adding the GlenDronach, BenRiach and Glenglassaugh distilleries in Scotland, Slane Distillery located at Ireland’s Slane Castle, and the Brown-Forman Cooperage in Louisville to previously announced closings of visitors centers and tours at Jack Daniel Distillery in Tennessee, along with the Woodford Reserve and Old Forester distilleries in Kentucky.

WhiskyCast has reached out to all major whisky companies to get updates on the status of their operations, and will update our coverage as we receive details.

Editor’s note: This story has been updated to include new information.