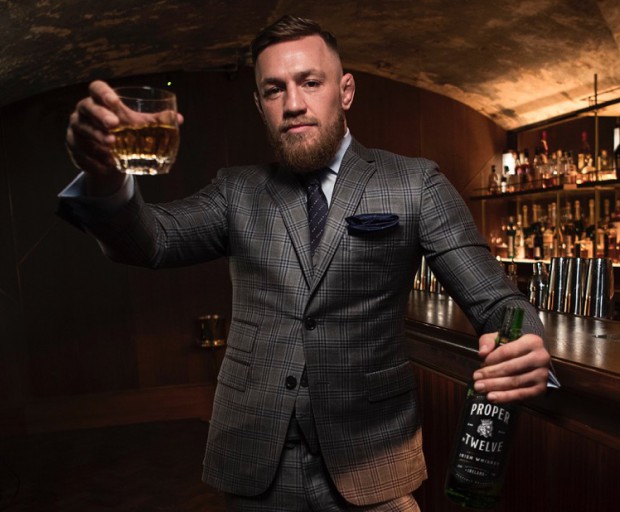 September 18, 2018 – More than a year after announcing his plans to launch his own Irish Whiskey brand during a post-fight news conference, mixed martial arts champion Conor McGregor has unveiled Proper No. Twelve. Eire Born Spirits, McGregor’s own spirits company, is working with Bushmills head distiller David Elder and Proximo Spirits on the whiskey, which will be available at first in the U.S. and Ireland starting this month with plans for wider availability in 2019.

The name comes from Dublin 12, the postal district in southwest Dublin that includes Crumlin, the neighborhood where McGregor grew up. 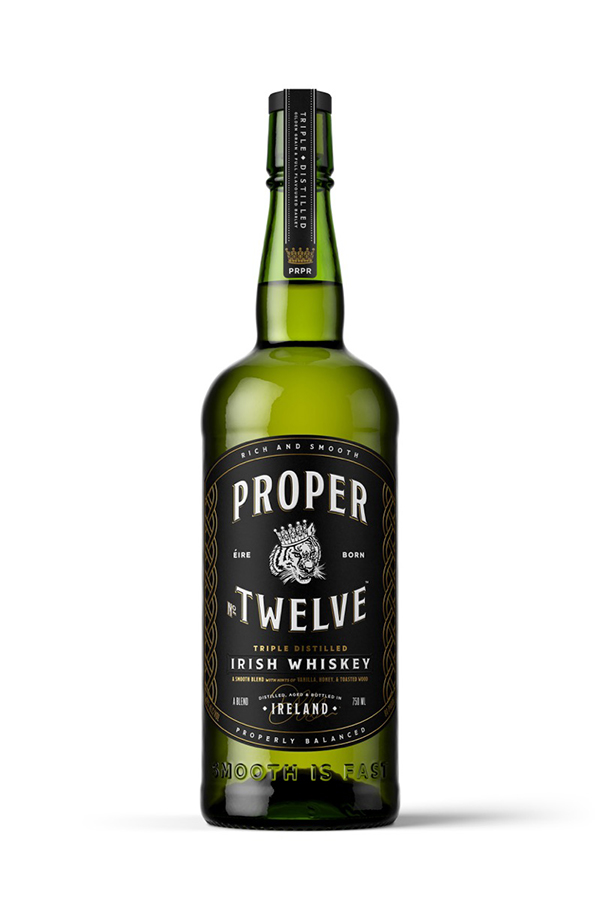 “It’s a place dear to my heart. It’s where I learned how to fight; it made me who I am today. It’s a place I’m still very much a part of every single day of my life. So, that’s where the name came from. It’s proper Irish whiskey and twelve is my hometown,” McGregor said in a news release announcing the whiskey’s release. “Growing up on the streets of Dublin 12, I learned the values of loyalty and hard work. I respect other Irish whiskeys, but I am coming in strong, with passion and with purpose. I am the founder of this company and I am going to give it my all,” the statement quoted McGregor as saying. The fighter plans to donate up to a million dollars of Proper No. Twelve’s annual sales to local first responders and charitable groups supporting first responders.

When McGregor initially announced his plans to enter the whiskey business immediately following his loss in the ring to boxing champion Floyd Mayweather in August of 2017, he referred to it as “Notorious Irish Whiskey” in line with his “Notorious” nickname. The Irish Examiner reported last week that McGregor was forced to withdraw his trademark application for the name at the European Union Intellectual Property Office because “Notorious” had already been trademarked for use on alcoholic beverages in 2016 by Carlow Brewing Company founder Seamus O’Hara. However, a U.S.-based spokesperson for the brand told WhiskyCast in an email that McGregor had not “planned to call this brand Notorious for over a year,” saying that “he wanted it to be bigger than him and about his country.”

Proper No. Twelve is a blend of single malt and grain whiskies blended and bottled at the Old Bushmills Distillery in Northern Ireland’s County Antrim. While the distilleries that supplied the whiskey have not been identified, the brand’s spokesperson told WhiskyCast it does not contain any whiskey from Bushmills. Proximo Spirits is the distribution arm of Becle, which is owned by Mexico’s Beckmann family of Jose Cuervo fame. Becle also owns Bushmills Irish Whiskey and the Old Bushmills Distillery.

The announcement comes as another Irish celebrity is reported to be considering his own entry into the Irish Whiskey business. According to The Times, U2 lead singer Bono is one of the investors in a €50 million ($58.3 million USD) craft distillery proposed for construction at Ballykelly Mill in County Kildare. Plans for the project were submitted last week to the local council for approval by developer Paddy McKillen, who owns Dublin’s Clarence Hotel along with Bono and fellow U2 member The Edge. No timetable has been set for a vote on the plan.