Compass Box Faces Criticism Over Too Much Transparency 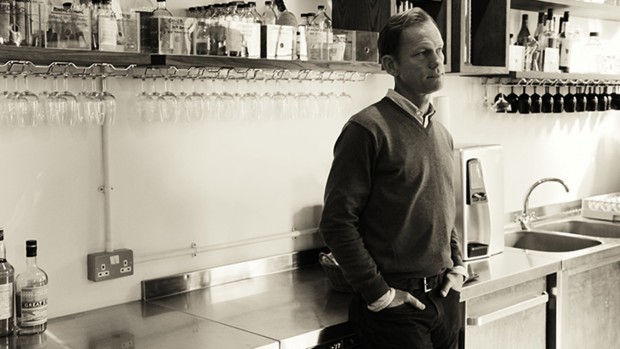 October 30, 2015 – In its 15 years of producing Scotch Whiskies, Compass Box has had its issues with the larger Scotch Whisky industry.  In 2006, founder John Glaser was forced to pull his original Spice Tree vatted malt off the market after the Scotch Whisky Association claimed his use of additional French Oak staves inside the barrels violated “traditional practices.”  In 2011, with a change in the Scotch Whisky Act of 2009 about to take effect banning the use of the term “vatted malt” in favor of “blended malt, ” Glaser bottled The Last Vatted Malt and released it one day before the new change took effect.  Glaser has argued many times that the current regulatory scheme in place for Scotch Whisky stifles innovation and transparency, and does consumers a disservice. Now, Compass Box has been forced to walk back its marketing materials for the final two releases in its 15th anniversary year: “This is not a luxury whisky” and the Flaming Heart 15th Anniversary Edition under pressure from the Scotch Whisky Association – because the whisky maker gave consumers too much information.  The original news releases and trade fact sheets for both whiskies gave complete details on the ages of the malt whiskies used in each blend.  For instance, “This is not a luxury whisky” was blended from 19-year-old Glen Ord distillery, two 40-year-old grain whiskies distilled at Girvan and Strathclyde, and 30 year-old Caol Ila.  The Flaming Heart release uses two different Caol Ila whiskies 14 and 30 years old, 20-year-old Clynelish, and what Compass Box described as a 7-year-old “Highland Malt” using Clynelish, Teaninich, and Dailuane malts finished for at least two years in a “hybrid” French Oak cask. According to a statement from SWA legal affairs chief Magnus Cormack, a unnamed competitor raised the issue of whether those descriptions violate the Scotch Whisky Act and European Union laws.

“We did not tell Compass Box to remove the detailed recipes. Following a complaint from a brand owner, we contacted Compass Box to point out that the advertising did not comply with the law. As we raised the matter before the product was launched, we observed that “There is therefore still time to correct the labelling and advertising in order to comply with the law.” The action Compass Box took was up to them. We did however point out that compliance with the specifications for Scotch Whisky is now verified by HMRC. Compass Box have evidently decided that the risks involved in ignoring the longstanding law on this matter were too great.

Regulation 12.3 of the Spirit Drinks Regulation No 110/2008 contains the rule which provides that a maturation period or age “may only be specified in the description, presentation or labelling of a spirit drink where it refers to the youngest alcoholic component”. “Presentation” is defined in Annex 1 point (15) of the Regulation as “the terms used on the labelling and on the packaging, including in advertising and sales promotion, in images or such like, as well as on the container, including the bottle and the closure” (emphasis added).

Article 12.3 is a repetition of the rule in the previous Spirit Drinks Regulation (No 1576/89). It applies to all aged spirits in the EU. The UK has no power to derogate from this rule, and it is therefore repeated in the Scotch Whisky Regulations and in the Technical File for Scotch Whisky.”

Cormack noted that the rule has been in place since 1989, and warned Compass Box about issues with it in 2011 and again in 2012.  The SWA has no enforcement powers of its own for the Scotch Whisky Act, but had the ability to threaten offending whisky producers with legal action in the past. However, new regulations took effect in 2014 requiring all whisky producers to register with HM Revenue & Customs and be subject to inspections to ensure compliance with the Scotch Whisky Act and corresponding EU legislation.  While the scheme’s official goal was to fight counterfeiting of Scotch Whisky by providing a way to verify the provenance of whiskies produced in Scotland, this is apparently the first case of it being used to put pressure on a legitimate Scotch Whisky producer to change its marketing materials.   A spokesman for HM Revenue & Customs could not say whether the issue had been referred to the agency, and cited a policy against discussing individual companies or enforcement actions.

“In the past, when consumers asked the question [about what was in a blend], the industry response was: “We can’t tell you, it’s a secret,” which was always marketing bullshit.  If they are now going to say: “We can’t tell you because it’s against the law,” how ridiculous is that? It will make consumers sceptical. It will hurt over time, so we need to look at it as an industry.”

WhiskyCast has asked John Glaser for an interview, but according to Compass Box, he is traveling on the US West Coast and has been unavailable.