Clock Ticking on Extension of Tax Break for Craft Distillers 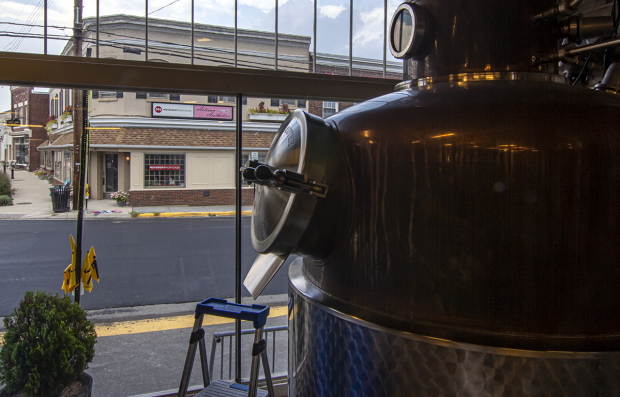 August 1, 2o19 – Four months and 29 days may seem like a long time for most of us, but many American craft distillers are viewing it with increasing urgency. When the clock strikes midnight on New Year’s Eve, just as Cinderella’s glittering coach turned back into a pumpkin, the federal excise tax break distillers received two years ago will disappear unless extended by Congress and the Trump Administration. 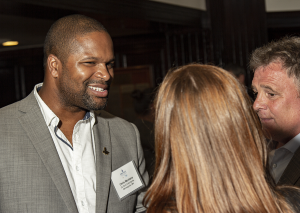 “If you want to see our industry continue to grow, this is what it takes…by changing the tax structure, we saw beer explode. You change the tax structure and we saw wine explode,” says Chris Montana of Du Nord Craft Spirits in Minneapolis and president of the American Craft Spirits Association. “We changed the tax structure…spirits are thriving. You pull that back and you make the small guys compete at the exact same level as the big guys in a system that isn’t made for them., you’re going to see contraction.

Montana was one of more than 150 distillers from around the country in Washington last week for the annual public policy conference sponsored by the ACSA and the Distilled Spirits Council. It also served as a chance for distillers to push their representatives on Capitol Hill to advance legislation that would make the tax cut permanent – or at least extend it for one or two more years.

“An extension is great, but we need to make it permanent because there’s guys like me – little distillers who just in my little home state…are trying to make decisions that are long term; equipment to buy, people to hire. We can’t do that when we have this uncertainty, so we need to make this thing permanent. We’ll take an extension if we can get it, but it’s absolutely crucial,” Montana said.

Ted Huber and his family own Huber’s Starlight Winery and Distillery in Borden, Indiana, and like many of his colleagues, they plowed the savings from the tax break back into the business.

“Our barrel warehouse number three is up and we put about 700 barrels in it last year, so make a lot of whisky to set down, that was our goal. We also hired a couple of new employees in our facility to to help us market and help us produce, so we took the money and we didn’t put it back into our personal pockets. We didn’t buy new cars or condos in Florida. We literally put it back into the business to further the business, further our whisky, to make better whisky and make better brands,” Huber said.

Attendees at the Public Policy Conference sponsored by the Distilled Spirits Council and the American Craft Spirits Association on Capitol Hill.

Other distillers have used the tax savings to help provide health insurance and other benefits for their employees, including Chris Montana, who also doubled the size of his staff to help produce Du Nord’s whisky, vodka, and other spirits. “Craft distilleries are wildly inefficient,” he said. “It actually takes a lot of people, it takes a lot of equipment, and takes a lot of expertise for us to do even a fraction of what the big guys do. So when we get a tax credit, it goes to all those things, it goes to people.”

Failing to extend the tax break means distillers would face an immediate tax hike on January 1, 2020 and either be forced to cut costs by laying off workers or reducing benefits, but P.T. Wood of Wood’s High Mountain Distillery in Salida, Colorado says distillers could also try to pass the cost on to consumers. “It’s gonna be tough on our industry, it’s going to drive up prices for our consumers. We need to get it done and keep the industry moving forward.”

Looking at the dockets in the House of Representatives and the Senate, it would appear that the extension should be a bipartisan slam dunk. Sen. Ron Wyden (D-Oregon) has 67 co-sponsors in the Senate for his bill to make the extension permanent, while Rep. Ron Kind (D-Wisconsin) has 267 sponsors for his House version. Both bills are pending in committee, and with both houses scheduled to recess until after Labor Day by this weekend, no action will be likely until the fall.

Part of the success behind the original legislation in 2017 was the increasing number of craft distillers, with more than 1,800 now operating in all 50 states. Those distillers and the growing number of state distillers’ guilds were able to persuade their representatives on Capitol Hill that a tax cut would have a direct impact in their districts, and are now proving that – as Chris Montana says – “this is a tax cut that works.”

“The reception’s always been great,” Montana said. “The question is who’s going to be that champion who’s going to step up and push this thing across the finish line. Whoever that person is or whoever those people are they are welcome at Du Nord Craft Spirits and we’ll give them all the whiskey they want.”