Clock Is Ticking on Tax Break for U.S. Craft Distillers 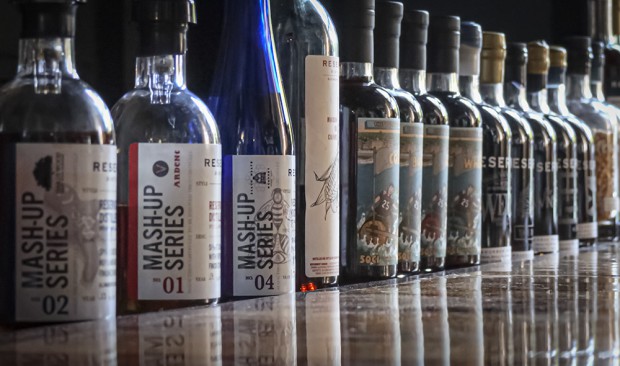 November 1, 2019 – There’s a countdown clock on the home page of the American Craft Spirits Association web site for midnight on New Year’s Eve. It’s not there to help revelers figure out when the ball drops in Times Square, but when one of Wile E. Coyote’s ACME anvils will drop on the craft distilling industry.

When the calendar flips from 2019 to 2020, a tax break that has helped dozens of craft distillers expand their businesses will expire unless Congress and the Trump Administration act to extend it. That cut was part of the 2017 tax reform act, and reduced the federal excise tax distillers pay on the first 100,000 proof gallons of spirit they remove from bond for sale each year. The move lowered the tax rate from $13.50 to $2.70 per proof gallon, but only through December 31, 2019.

The change affected all distillers, but has had a proportionately larger impact on small-scale distillers who rarely even come close to the tax threshold. For instance, a craft distiller who removes 25,000 proof gallons of spirits from bonded storage for sale this year would owe the federal government a total of $67,500 in federal excise taxes – compared to $342,500 at the $13.50 rate for a savings of $275,000.

“The marginal distilleries out there that are just barely making it…they are possibly going to go away or they’re going to have significant challenges,” says Mark Shilling of Revolution Spirits in Austin, Texas. Shilling is a former president of the ACSA and has been working on the excise tax issue for nearly a decade, and notes that many distillers reinvested the savings from the tax cut in new equipment and to create new jobs. “Some of the more stable guys may have to cut back on labor…that might mean cutting back production a bit because of staff, it might be cutting back in the market because you can no longer afford to have that person out there making account visits. I think every distillery will be affected a little bit differently,” he said in a telephone interview.

There is widespread bipartisan support on Capitol Hill to make the tax break permanent, with 315 co-sponsors of legislation in the House and 73 co-sponsors for the companion bill in the Senate. However, there are also many other issues jamming the legislative agenda that are higher priorities. That includes the need to pass appropriations bills or a short-term extension to fund government operations by November 21 or face the second federal government shutdown this year. It also includes the ongoing impeachment probe, which could stress the bipartisan support for this piece of legislation.

In theory, Congress could vote in early 2020 to make the tax break permanent and retroactive to January 1, but according to Shilling, that would still put smaller distillers in a bind. Excise taxes are due when spirits are removed from bond, and distillers generally file their returns and tax payments on a bi-monthly basis. “By the time that happens, we’ve already had to pay those taxes, and I think that there are probably quite a number of smaller and marginal distillers out there that if this is not extended, we’re going to see them go away, and this is not hyperbole, I think it really, really is the case,” he said. The ACSA and other industry groups marshaled nearly 2,000 industry members from all 50 states for a day-long lobbying campaign in mid-October targeting their members of Congress, and also spent time on Capitol Hill in July during an industry summit in Washington.

There could also be an unintended consequence of failing to extend the tax break, given the ongoing trade disputes that have led to a 21 percent decrease in exports of Bourbon and other American whiskies over the past year. Major distilleries have been running full-steam for several years to meet current and projected demand, and earlier this week, the Kentucky Distillers Association released state data showing record production of 2.1 million barrels of whiskey last year, along with a record 9.1 million barrels of spirits maturing in the state’s rickhouses.

KDA President Eric Gregory’s members in the craft distilling sector are watching both factors nervously. “The fear among the craft distilleries is that the production obviously continues and we have a glut in the domestic market that could cause a price war, and at that point, that’s really going to hurt our small craft distilleries that are really now just starting to grow…and then if something happens in Congress where we do not get a reauthorization of that federal excise tax cut, boy, they’re just going to take a double whammy,” he said.

WhiskyCast has contacted Rep. Ron Kind (D-Wisconsin) and Sen. Ron Wyden (D-Oregon), the lead sponsors in both chambers, and this story will be updated when we receive responses from them.

Editor’s note: This story has been updated with the latest number of co-sponsors in each chamber.