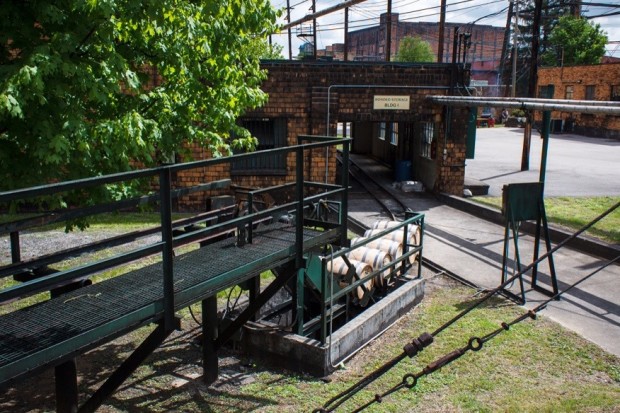 March 11, 2013 – The U.S. Interior Department has declared what’s known today as Buffalo Trace Distillery as a National Historic Landmark, making it only the fourth whiskey distillery in the U.S. to be honored.

Buffalo Trace’s history dates back to the Revolutionary War era, when Hancock Lee first started distilling whiskey at the site on the banks of the Kentucky River near Frankfort. The first actual distillery was built in 1812 by Harrison Blanton, and later sold to Col. E.H. Taylor. Stagg acquired what was then known as the O.F.C. Distillery in 1878, and it was eventually sold to the current owner, Sazerac, in 1992. Sazerac renamed the distillery Buffalo Trace in 1999.

The distillery was one of 13 landmarks announced Monday (March 11) by U.S. Interior Secretary Ken Salazar and National Parks Service Director Jonathan B. Jarvis. The George T. Stagg Distillery joins the Burks’ Distillery in Loretto (Maker’s Mark) and the Old Oscar Pepper Distillery in Versailles (Woodford Reserve) on the list of National Historic Landmarks in Kentucky.

Some of the buildings at the fourth distillery, Bomberger’s Distillery in Newmanstown, Pennsylvania (Michter’s) were removed from the list at the request of its owner between 1997 and 2002, but several of the buildings remain listed on the registry and are designated as “threatened” because of their condition.