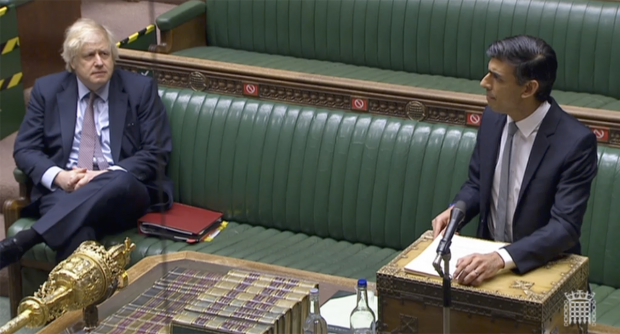 March 3, 2021 – Scotch Whisky makers had been hoping the British government’s response to the economic damage from the Covid-19 pandemic might lead to a cut in spirits taxes. While they didn’t get that, they got the next best thing.

During his budget address to Parliament this morning, Chancellor of the Exchequer Rishi Sunak announced that duties on spirits, beer, wine, and cider will be frozen this year for the second year in a row. The move comes as 2020 was the worst year for Scotch Whisky makers in the last decade, with exports down 23 percent worldwide due to the impact of Covid-19 along with U.S. tariffs on single malt Scotches.

The tax freeze also covers whiskies made in England, Wales, and Northern Ireland, but will have the largest effect in Scotland. Scotch Whisky Association chief Karen Betts praised the move as “good news for hospitality and gives distillers some breathing space in the face of some of the worst trading conditions anyone can remember” in a statement following the budget address.

“We had asked for a cut, but we do understand that firstly, the circumstances, the context in which the Chancellor was doing his budget is very difficult…we’ve seen government finances during the Covid pandemic have been really stretched with the amount of money the government had had to put in to support the economy, so a cut was probably always a stretch,” Betts told WhiskyCast in a Zoom interview Thursday. 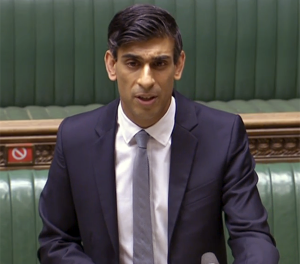 In his first post-Brexit budget address, Sunak cited Great Britain’s exit from the European Union as an opportunity to create a “pro-business” tax regime. However, he announced a rise in corporation taxes on profits to 25% effective in April of 2023 for businesses with more than £250,000 in annual profits. The current 19% rate will remain in place for businesses with less than £50,000 GBP in profits each year, while a tapered structure will be set up for businesses that fall between the two thresholds.

While distillers have been investing millions of pounds on expansion projects in recent years, Sunak’s new “Super Deduction” will allow businesses to reduce their taxable income by 130% of the amount they invest in new equipment or capital projects. “Under the existing rules, a construction firm buying £10 million of new equipment could reduce their taxable income, in the year they invest, by just £2.6 million. With the Super Deduction, they can now reduce it by £13 million,” Sunak told Parliament.

Betts also praised the new program as one way the industry will be able to recover from the combined impacts of Covid, U.S. whisky tariffs, and Brexit. “As we recover those things, I hope that investment will pick up…again, one of the things that has really marked our industry out, particularly in Scotland, in the last five to seven years is the amount of investment that has gone into expanded production but also into tourism facilities as well,” Betts said. “As any economist will say, investment today is growth tomorrow, and the most important thing for us is that we can recover and get back into growth…and that will have a knock-on positive effect on the Scottish economy.”

The hospitality business will also benefit from a new “Restart Grant” program to begin in April that will replace current pandemic grants to businesses with grants of up to £18,000, along with a new loan scheme to help businesses recover.

Sunak did not address one issue of importance to the whisky industry – the ongoing debate over alcohol duty reform intended to level the differences in tax rates for spirits, beer, cider, and wine that has been featured in several recent budget addresses. While the issue didn’t “make the cut” for the budget address, as Betts says, the discussion is taking place within government at a lower priority now because of the Covid-19 pandemic.

Editor’s note: This story was updated on March 4 following an interview with the Scotch Whisky Association’s Karen Betts.