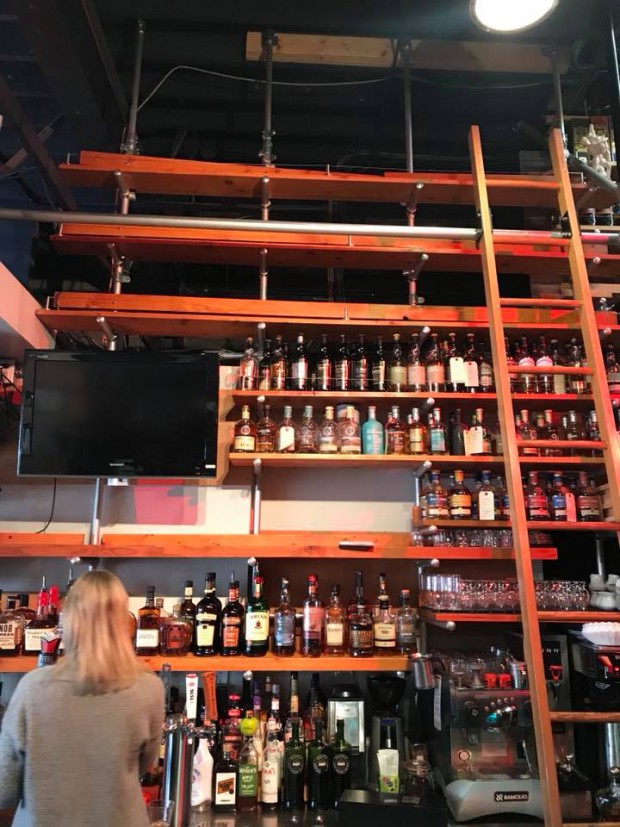 January 20, 2018 – British Columbia regulators are drawing fire from whisky lovers following a crackdown on Scotch Malt Whisky Society bottlings at four bars in Vancouver, Victoria, and Nanaimo. Agents from the province’s Liquor Control & Licensing Branch raided Fets Whisky Kitchen in Vancouver, Little Jumbo and The Union Club in Victoria, and the bar at the Grand Hotel in Nanaimo Thursday, seizing the entire inventory of SMWS whiskies from each bar. All four bars are “partner bars” with the Society’s Canadian chapter, and obtained their whiskies through SMWS-affiliated privately-owned liquor stores in Vancouver and Victoria.

British Columbia controls the distribution of alcoholic beverages in the province through the government’s Liquor Distribution Branch (BCLDB), through which the privately-run stores are allowed to place special orders for whiskies and other products not carried in government-owned liquor stores – such as the SMWS whiskies. However, bars and restaurants have long been required to buy alcoholic beverages directly from the Liquor Distribution Branch, and are limited to those products the government agency’s liquor buyers choose to carry. 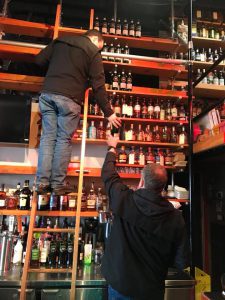 “We’re still very confused, as our partner bars are, about what has led to this,” said Rob Carpenter, who owns the SMWS franchise in Canada with his wife Kelly. “We haven’t been given a lot of information by the Licensing Branch as to what was behind all this, so we’re still a bit in the dark about it.” Carpenter confirmed that all of the confiscated whiskies were imported legally into British Columbia through the BCLDB and all taxes were paid. “Kelly and I, as operators of the Scotch Malt Whisky Society in Canada, are legally registered in British Columbia as liquor agents, so everything about this in terms of how the bottles were brought in and taxes are paid is absolutely legal,” he said. None of the bars have been told whether they will face additional sanctions, such as fines or license suspensions, in connection with the raids.

While the total value of the seized whiskies is not available, Fets Whisky Kitchen owners Eric and Allura Fergie estimated the value of their 242 seized bottles at $40,000 CAD ($32,000 USD). In a post on the bar’s Facebook page, the Fergies posted photos of three government agents using a ladder to remove the SMWS whiskies from the bar’s shelves. Allura Fergie told CBC that “they came in … said we had illegal product on our shelves and they were going to confiscate it.” The Fergies and the Carpenters have retained a lawyer to appeal the seizures, and are hoping to get the whiskies returned to each of the four bars.

The Liquor Control & Licensing Branch is part of British Columbia’s Ministry of the Attorney General, and is operated separately from the Liquor Distribution Branch. Spokesmen for the Ministry declined requests for interviews, but provided WhiskyCast with this statement via email Friday.

“The LCLB operates independently in terms of the General Manager’s supervision of licensees, and enforcement decisions cannot be directed by the Attorney General.

The raids were conducted just as the Victoria Whisky Festival was getting underway at the Hotel Grand Pacific. The annual festival, which draws distillers and whisky lovers from around the world, has built a reputation for offering rare and unique whiskies while complying with the province’s regulations, and organizers scrambled to make sure exhibitors were fully compliant. A SMWS “Grand Tasting” scheduled for Friday night and two master classes scheduled for Saturday were cancelled with ticket holders to receive a full refund, and the Society’s booth at Saturday night’s tasting festival will be empty.

“For us, we’re very disappointed…we love this festival,” Rob Carpenter said. The festival donates all of its profits to two local charities, and the Carpenters have pledged a donation equal to what the charities would have received from ticket sales for all three tastings.

As word of the raids spread around the Hotel Grand Pacific, other exhibitors pledged their support to the Carpenters and the Society’s partner bars. Jonathan Bray, the owner of Calgary-based importer Secret Spirits, was heavily critical of the province’s actions and planned his own protest for the Saturday night tasting.

“This festival, I’m focusing on Ohishi Japanese Whisky and Hyde Irish Whiskey, both of which are registered and there are purchase orders in place for the province of British Columbia, but they are not yet here, and they are not going to be supplied by the government stores,” Bray said. “They’re only going to be available for private stores, and that makes it illegal for me to showcase them at this festival, so my table is going to have all of these glorious whiskies displayed and the bottles are all going to be closed. You can come and talk to me about them, you can touch them, feel them, look at the label, read the label, but you can’t drink them.” Bray hopes attendees will be upset enough to contact their provincial legislators and demand changes in the law, which he says has not been widely enforced for at least the last ten years.

WhiskyCast’s Mark Gillespie is at the Victoria Whisky Festival, and will update this story with additional information as necessary.