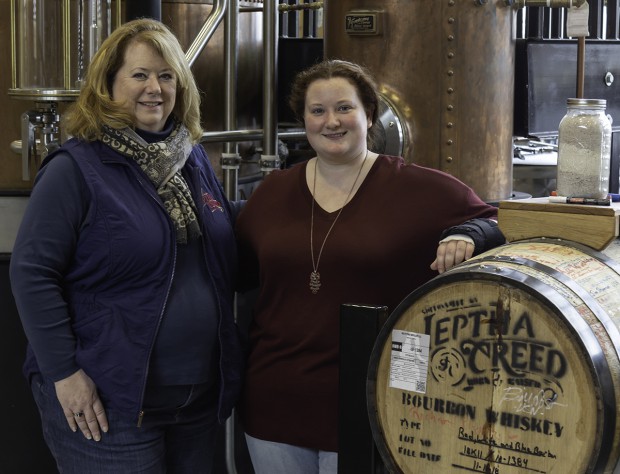 There’s a long tradition of fathers and sons in whisky distilling, but Kentucky’s Jeptha Creed Distillery is one of the few distilleries where mother and daughter run the show. Joyce Nethery is the head distiller at the family-owned distillery east of Louisville, while Autumn Nethery is both co-owner and in charge of marketing. Joyce’s husband Bruce grows all of the grain for their whiskies and other spirits on the family’s 1,000 acres of farmland, including the heirloom Bloody Butcher corn that plays a key role in their soon-to-be-released straight Bourbon. We’ll meet the Netherys on WhiskyCast In-Depth and taste their new Bourbon, too. In the news, Balcones Distilling is releasing its first permanent Bourbon…a Texas Pot Still Bourbon distilled from roasted blue corn and  Texas-grown grain. We’ll also have an update on Penderyn’s expansion plans in Wales, another distillery opening in Ireland, and much more!