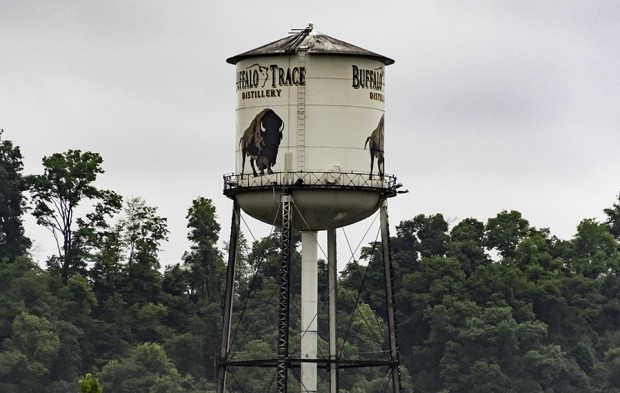 July 3, 2018 – While the European Union’s new 25 percent import tariff on Bourbon, Tennessee, and other American whiskies has only been in effect for a couple of days, distillers are already facing the costs of the growing trade dispute between the United States and many of its key trading partners. Whiskey is just one of many American-made products being targeted by the EU, Canada, Mexico, China, and Turkey in response to the Trump Administration’s tariffs on imported steel and aluminum. China is the next country scheduled to impose tariffs, with its 25 percent tariff to take effect on Friday.

Sazerac-owned Buffalo Trace Distillery has decided to eat some of the increased costs of its export business – for now. In an email to WhiskyCast Tuesday, Buffalo Trace spokeswoman Amy Preske confirmed a Bloomberg News report that the company will reduce its wholesale prices. “For the near term we are adjusting our FOBs to offset any impact that the new tariffs would have on our current retail prices in affected global markets,” she said. Buffalo Trace only exports a fraction of its annual production, primarily to Canada and Europe.

Brown-Forman’s Jack Daniel’s Tennessee Whiskey is the most-exported American whiskey brand globally, and the company gets about half of its annual sales outside of the United States. The Louisville-based distiller announced last month that it had prepared for the potential of a trade conflict by increasing export shipments of Jack Daniel’s and its Woodford Reserve Bourbon to markets where it controls its own distribution. As those tariff-free stocks start to become depleted, the company now plans to pass along the cost of the tariffs to consumers in the form of a 10 percent price increase.