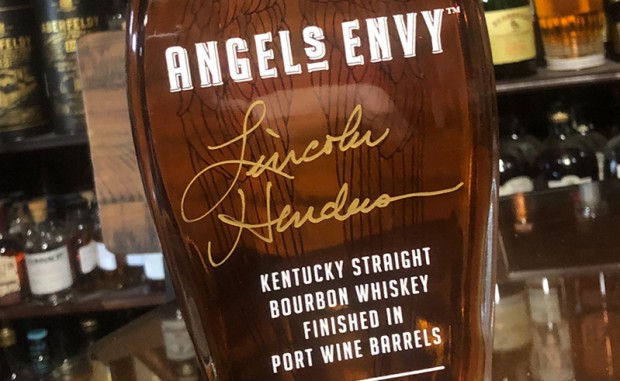 December 18, 2021 – The recovery from last weekend’s devastating tornadoes in Western Kentucky and four other states could take months, but Bourbon lovers are hoping to help make some of the burden easier…not with their whiskey, but with their money and their hearts. An online auction of whiskies, experiences, and other memorabilia has already raised more than $1 million in bids in less than 48 hours.

“To be honest with you, that was the goal for the entire auction,” says whiskey writer and podcaster Fred Minnick, who organized the auction along with the Bourbon Crusaders and the Kentucky Distillers Association. “We had no idea that people would bid so quickly and often…and big,” he said in a telephone interview Saturday.

As of Saturday afternoon, the highest bid received so far was $149,100 for an entire barrel of vintage Four Roses Bourbon to be selected by the winning bidders from a group of barrels between 17 and 24 years old in a private tasting with Master Distiller Brent Elliott. High-bid items also include a chance to pick a barrel of Angel’s Envy Bourbon to be bottled at cask-strength by the distillery, with the current high bid at $85,000, along with a bottle of Old Rip Van Winkle 23-year-old Bourbon donated by Julian Van Winkle III at $23,000.

The auction concludes Tuesday evening at 10:00pm EST following a live online auction for those and other selected items to be streamed on Minnick’s YouTube channel. Proceeds from the auction will go to the Western Kentucky Tornado Relief Fund established by the office of Kentucky Governor Andy Beshear.

“We saw the Bourbon community in auction, but we also saw people kind of pulling their resources together knowing it’s for something special,” Minnick said. “Some of it is about the bottles and the experiences, but I think this is just showing how big the heart of the Bourbon community is and it’s a community that has always given back…this hit us hard in Kentucky, and this is people showing up for Kentucky.”

The auction is being held at KYBourbonBenefit.com, and offers the ability to make direct donations to the relief effort as well. Auction items also include a variety of Scotch and other whiskies donated by distilleries, whiskey barrel furniture, and ticket packages for various whiskey festivals around the United States.

Editor’s note: The signed bottle of Angel’s Envy Bourbon shown in this story was donated by the author.