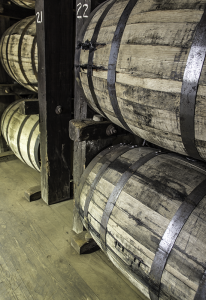 Bourbon’s growing global profile is at its highest in decades, and that’s good news in Kentucky. Even though Bourbon can be made anywhere in the US, Kentucky’s distillers still supply more than 90% of the world’s Bourbon. At a time when many of the Commonwealth’s industries are still recovering from the recession, the Bourbon industry has been one of Kentucky’s brightest stars. Carla Carlton’s new book “Barrel Strength Bourbon: The Explosive Growth of America’s Whiskey” looks not only at the impact in Kentucky, but serves as a guide for those yet to explore the mysteries of Bourbon.

In the news, Kentucky’s governor has signed new Bourbon legislation into law as the Commonwealth celebrates its 225th anniversary of statehood. We’ll look at the week’s new whiskies and listen as Elton John and Jack White sing a new song about whiskey, too!