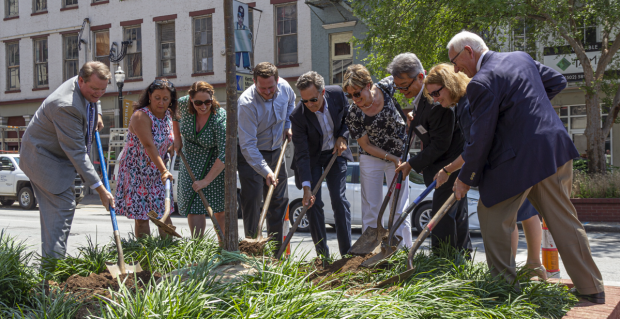 July 12, 2021 – After four years on the job, Scotch Whisky Association chief executive Karen Betts has announced her plans to leave the SWA at year’s end. The former British ambassador has been tapped as the new CEO for the UK’s Food & Drink Federation to succeed Ian Wright, who previously announced his plans to leave the London-based trade association at the end of this year. 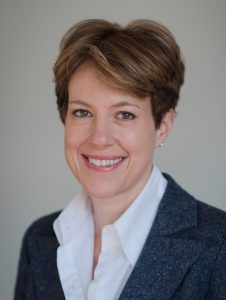 Betts became the first woman to serve as the SWA’s chief executive when she joined the Edinburgh-based body in May of 2017. Like several of her seven predecessors, she left the UK’s diplomatic corps for the role. Betts was serving as the British ambassador to Morocco and Mauritania at the time, and had previously been part of the British diplomatic delegations in Washington and at European Union headquarters in Brussels.

Her diplomatic experience proved useful as the SWA navigated the rocky waters caused by trade disputes between the United States and its European trading partners, as well as the Brexit divorce between the United Kingdom and the European Union. The former led to dueling tariffs on whisky imports for the first time in more than 20 years, while the latter has resulted in difficulties for SWA member companies in shipping their products from Scotland to Continental Europe since the divorce became final in January.

“This is a time of unprecedented change and opportunity for the food and drink industry. As we emerge from the challenges of Brexit and Covid-19, Karen will bring great understanding of, and experience in, working closely with Governments and some of the world’s biggest consumer goods companies. She has spent the last four years speaking for an industry with deep provenance and a range of businesses of all sizes determined that they, too, should be heard.”

Betts is currently on leave and unavailable for an interview, but in a statement released by the SWA, Edrington CEO and SWA Chairman Scott McCroskie praised her successes over the last four years.

“After more than four years in post, Karen will leave the Association with our heartfelt gratitude.  She has steered the industry successfully through a turbulent period, critically while punitive tariffs were imposed on Scotch Whisky by the United States, through the UK’s departure from the EU, and during the Covid-19 pandemic. Her leadership has helped the industry emerge in a strong and forward-looking position. Karen and her team have also positioned the industry to take advantage of the opportunities that lie ahead. Her focus on increasing diversity in our workforce, achieving our net-zero emissions target and growing trade in key global markets will help to secure the industry’s success in years to come.  I am confident that a new Chief Executive will be able to build on this for the benefit of our sector, at home and around the world.”

Ironically, at least some of the issues Betts faced may be blamed on her immediate predecessor, Lord David Frost, who left the SWA in late 2016 to return to government service as a special adviser to then-Foreign Minister Boris Johnson. As Johnson’s lead Brexit negotiator, he has taken a hard-line position in ongoing negotiations with the European Union over the Northern Ireland Protocol and other issues. Those conflicts have affected the flow of British exports to the remaining 27 European Union member nations, which remain the largest single export market for Scotch Whisky.

The SWA has started a search for its next chief executive.

6 months ago No Comments