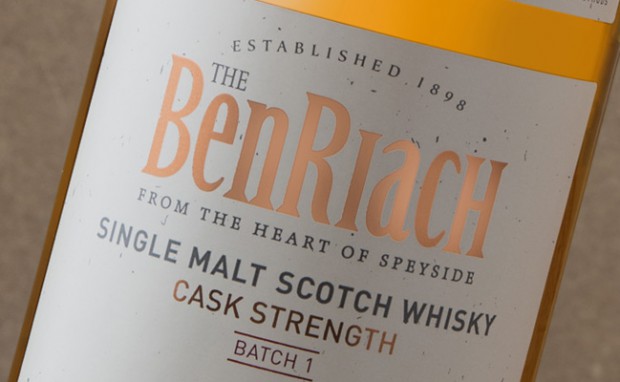 Hours earlier, he and his partners in the BenRiach Distillery Company announced they had sold the Scotch Whisky company and its three malt whisky distilleries to Brown-Forman for around £285 million GBP ($416 million USD) The sale price represents a sizable premium over what they invested 12 years ago to buy the BenRiach Distillery near Elgin, Scotland from Chivas Brothers – and later to acquire the GlenDronach and Glenglassaugh distilleries in the Scottish Highlands. Instead of being giddy, Walker was pensive, but happy.

“There’s a tinge of sadness…it’s very emotional for me, but yes, I’m happy,” Walker said in a telephone interview. “I’m very impressed with the quality of the people I’ve been in dialogue with at Brown-Forman, they’re very, very nice people.” Walker and his partners have been courted regularly over the last several years by companies seeking to enter or expand within the Scotch Whisky industry, but had turned down all previous suitors until Brown-Forman came along. After several months of negotiations, Walker and his South African-based partners decided that they had taken the company as far as they could, and agreed to sell the three distilleries and their stocks of maturing whisky, along with a bottling plant, trademarks, and the company’s headquarters near Edinburgh.

“The only people who came anywhere near having the correct fit for us was Brown-Forman.”

In fact, Walker will remain with BenRiach after the deal closes June 1 as master distiller and blender, calling that the role “truest to his heart.” Billy’s son, Alistair Walker, will also continue in his role as a key sales executive for the company. In addition, all of BenRiach’s 165 full and part-time employees will keep their jobs following the sale.

The acquisition represents Brown-Forman’s return to the Scotch Whisky industry after an 11-year absence. The Louisville-based company held a minority stake in Glenmorangie plc when it was acquired by Möet Hennessy in 2005, and had held distribution rights for the company’s brands in North America, Europe, and parts of Asia until the sale. In a news release announcing the sale, Brown-Forman CEO Paul Varga called Single Malt Scotch Whisky “one of our industry’s most exciting and consistent growth segments.”

“We’d actually been looking to try to get back into the Single Malt Scotch business ever since we lost the rights to Glenmorangie in 2005,” said Brown-Forman spokesman Phil Lynch in a telephone interview. “There aren’t that many great single malt brands available for sale because most people that own them are happy with them and want to keep them, so this was actually the perfect situation.” Brown-Forman will operate BenRiach as a subsidiary, and Lynch noted that “we are in the investment mode when it comes to the whiskey business, and we view this as a significant investment, but a long-term investment.”

Over the past three years, the Brown family-controlled corporation has committed around $750 million to expand its share of the global whisky market, with multiple rounds of expansions at the Jack Daniel Distillery in Tennessee and the Woodford Reserve Distillery in Versailles, Kentucky, along with the construction of the Jack Daniel Cooperage in Alabama. In addition, the company is in the early stages of work on the new $45 million Old Forester Distillery and visitors center on Louisville’s “Whiskey Row” and is building a new $50 million distillery at Ireland’s Slane Castle. Earlier this year, Brown-Forman sold its Southern Comfort and Tuaca liqueur brands to Sazerac for $543.5 million and previously sold off many of its non-spirits consumer products units.

There remains one area where the outlook is unclear as of now. BenRiach’s whiskies are distributed globally through a network of importers in key countries, and it is expected that Brown-Forman will eventually seek to unwind that network and incorporate the BenRiach portfolio into its existing distribution system. In the US, BenRiach’s whiskies are imported by San Francisco-based Anchor Distilling. Lynch declined to comment on specific situations, but confirmed that the company will eventually bring the BenRiach portfolio into its own distribution system over time.

Editor’s note: This story was updated following an interview with Phil Lynch of Brown-Forman.