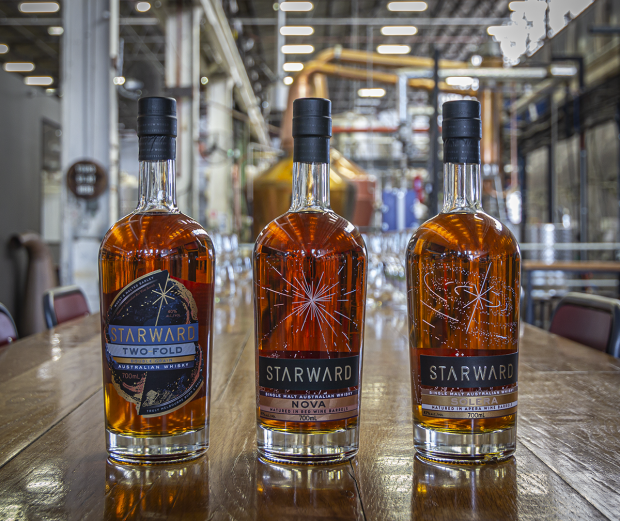 We’re back after spending eight days in Australia and a week in bed fighting the “Roo Flu” virus, and there’s a lot to talk about! One of the biggest problems facing Australian whisky distillers has been their relative lack of ability to scale up production to meet demand, but that’s gradually beginning to change. Melbourne’s Starward Distillery moved to a new building in 2016, and that allowed founder David Vitale the ability to triple production with room for future expansion. In Sydney, Archie Rose Distilling has outgrown its original site after five years, and construction is almost complete on a massive new distillery in Port Bombay that will take production from 120,000 liters per year to three million liters. We’ll tour both distilleries on WhiskyCast In-Depth.

In the news, Pernod Ricard’s expansion spree continues with a $223 million deal for Jefferson’s Bourbon owner Castle Brands – and a new $140 million malt whisky distillery in China! Trade issues are starting to show a serious impact on the whisky business worldwide, and a Virginia distillery has settled a lawsuit filed by the Scotch Whisky Association over its use of the word “Highland.” On Behind the Label, we’ll answer the burning question: “just how little maturation time can an American whiskey get away with?” Here’s a hint…it probably took you longer to read this!

Editor’s note: This episode was produced following a press trip organized by Starward Whisky. However, as with all of our content, full control over the content of this episode remains with WhiskyCast.