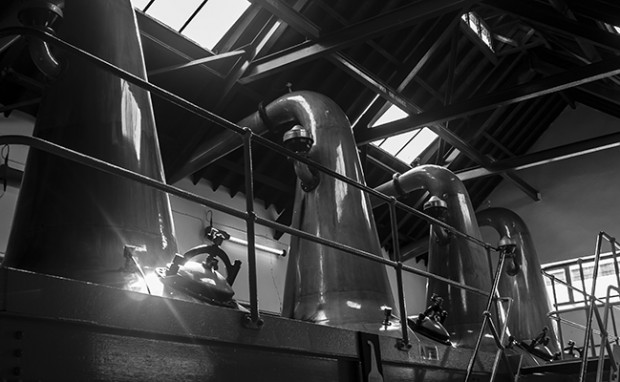 May 10, 2016 – Production has resumed at Longmorn Distillery near Elgin after firefighters from Speyside and Aberdeenshire spent several hours cleaning up a hazardous materials accident Monday. The distillery was evacuated around lunchtime after a chemical spill involving nitrous acid in Longmorn’s chemical storage room, according to an Elgin fire official quoted in The Press & Journal. Firefighters told the paper that the leak was detected by the plant’s computerized system, which halted production immediately. The distillery is owned by Chivas Brothers, which confirmed that no workers were injured in the accident.

In a statement provided to WhiskyCast by Chivas Brothers, a spokeswoman acknowledged the accident, but did not specify whether a cause has been determined. “Chivas Brothers employees, our contractors and the emergency services on site all worked effectively to contain the spillage,” she said.

The chemical can be used for cleaning tanks and distillery plumbing, though the company has not confirmed whether it was being used for that purpose at Longmorn. Nitrous acid fumes can cause respiratory damage if inhaled, and skin contact with the acid itself can cause severe burns. Firefighters used hazardous materials response suits and breathing apparatus to neutralize the spill.

Editor’s note: While Chivas Brothers has not officially confirmed the chemical that was involved in the spill, it is now believed that nitric acid was involved instead of nitrous acid as originally reported. Nitric acid is less dangerous than nitrous acid, and is more commonly used in distillery cleaning systems.