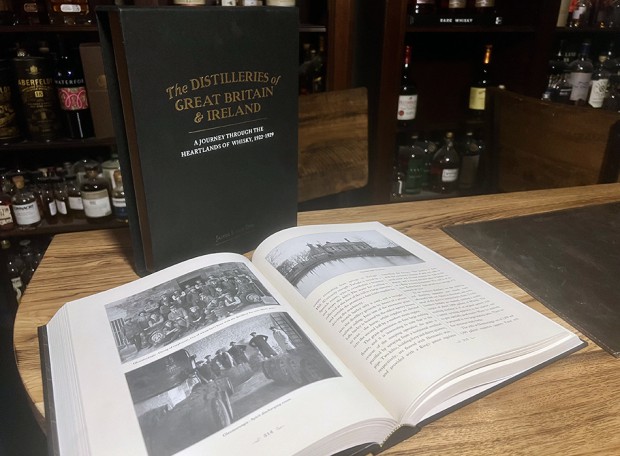 Until now, Alfred Barnard’s classic book “The Whisky Distilleries of the United Kingdom” was the benchmark guide for whisky historians. Now, a collection of 120 distillery profiles first published between 1922 and 1929 has been published in a Barnard-esque book by James Eadie Ltd. The Distilleries of Great Britain & Ireland is a worthy sequel to Barnard’s original book and fills a critical need for whisky history from the early 20th century. We’ll talk with Eadie’s Leon Kuebler and writer Tom Bruce-Gardyne, who compiled the profiles and wrote the introduction, on this week’s WhiskyCast In-Depth. In the news, the UK’s new Chancellor is freezing whisky excise duties as part of a pledge to cut taxes, and a Virginia ABC employee has pleaded guilty to charges of leaking information on rare bourbon allocations at state run liquor stores. We’ll also hear some critical feedback following our interview with Phil Steger of Brother Justus Distilling two weeks ago on Your Voice.