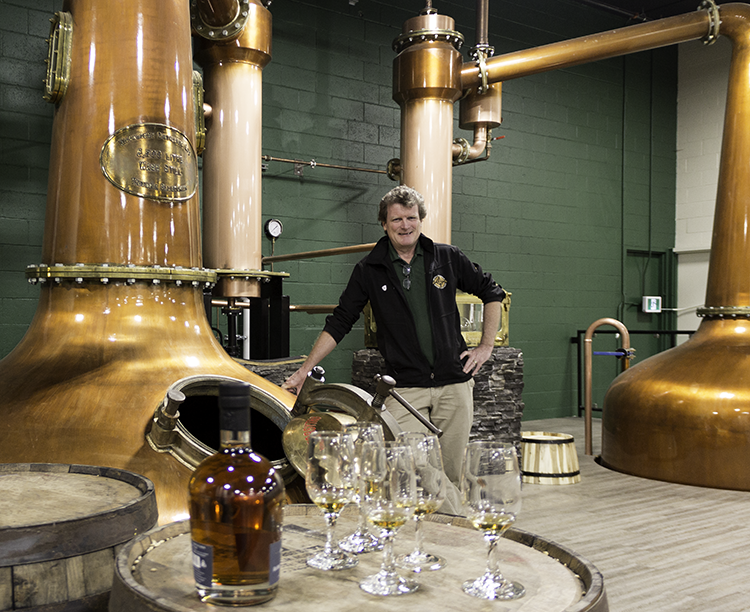 Three years ago, we introduced you to Graeme Macaloney, a Scottish-Canadian pharmaceutical engineer with a dream of making his own single malt whisky in British Columbia. Back then, he had the plans and the consultants, but not all of the money and more importantly, no site for his distillery. Happily, it all worked out, as Victoria Caledonian Distillery and the Twa Dogs Brewery opened in the autumn of 2016, and Graeme’s laying down spirit for the future. We’ll catch up with Graeme Macaloney and his master distiller, longtime Diageo veteran Mike Nicolson, on this week’s WhiskyCast In-Depth. In the news, British Columbia’s attorney general now acknowledges that the province’s liquor laws may need updating in the wake of last week’s raids on four Scotch Malt Whisky Society partner bars. We’ll also get an update on plans for the new Holyrood Park Distillery in Scotland’s capital city of Edinburgh, while the boom in whisky-related tourism keeps growing around the world.