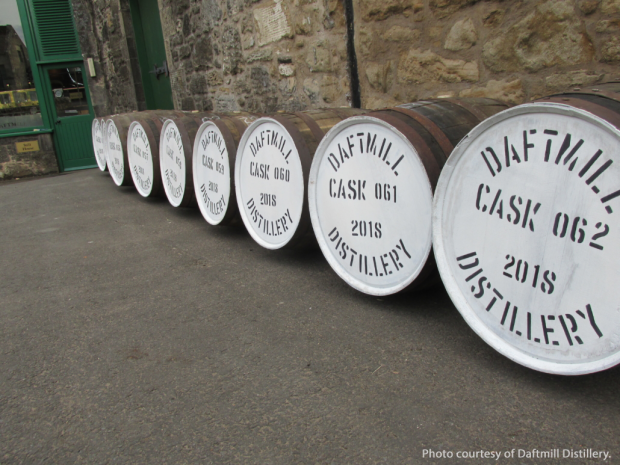 Scotch whisky history was built on the backs of farmers who worked their fields three seasons of the year and spent the winters turning their grain into whisky. While distilling is a full-time job today for most distillers, Francis Cuthbert does things the old way at Daftmill Distillery in Fife. He and his brother Ian opened the distillery at the family’s Daftmill Farm in December of 2005, but Francis is a full-time farmer and only makes whisky when time allows. They waited 12 years before giving the world a taste of the single malt whisky distilled from their own farm’s barley, and have received rave reviews so far. Now, Daftmill’s single malt is coming to the U.S., and we’ll talk with Francis Cuthbert on this week’s WhiskyCast In-Depth. We’ll also have details on a lawsuit over the word “Magnus,” the week’s tasting notes, and on Behind the Label, the back story behind an antique still at George Washington’s Distillery that dates back to Washington’s time!