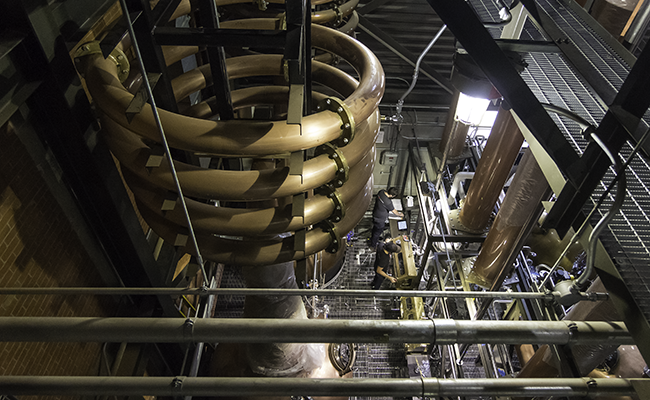 Last year, Balcones Distilling left behind its original distillery – hand-built in an old welding shop underneath the 17th Street bridge in Waco, Texas – and moved into a state-of-the art distillery a few blocks away. In fact, the new distillery’s boiler shed is about as big as the entire original distillery, and to replicate the original spirit stills on a much larger scale, Forsyth’s had to come up with a coiled lyne arm unlike anything ever used before. Jared Himstedt has been at Balcones since the beginning in 2008, and became head distiller after the controversial divorce between founder Chip Tate and his investors in 2014. We’ll sit down with Jared on this week’s WhiskyCast In-Depth.

In the news, Buffalo Trace’s move to patent a sour mash distilling process has left a sour taste in the mouths of some whisky makers, another Irish distillery is expanding, and there’s one more World Series keepsake for Chicago Cubs fans. We’ll also have details on the upcoming disappearance of two Old Pulteney expressions, answer a question about storing whiskies on their side, and welcome a new sponsor to WhiskyCast!